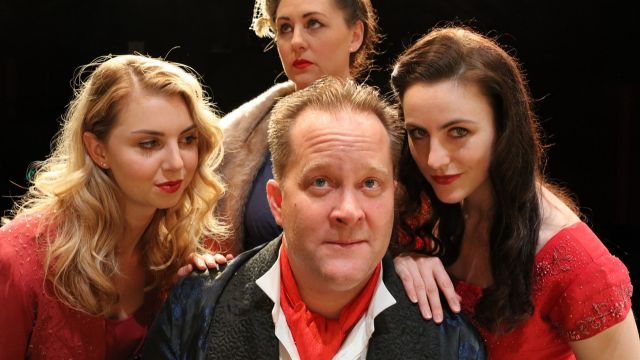 A PLAYFUL reflection on fame, desire and loneliness from Noël Coward is ready to serve up the laughs at the Old Mill Theatre (WA) in September and October 2019.

As a series of almost farcical events unfold, his elegant London flat is invaded by a love-struck ingénue, determined producer, adulterous manager and married seductress.

While Garry welcomes the adulation, he struggles to overcome a mid-life crisis.

The main character is a caricature of the playwright’s real-life persona, as Noël Coward acknowledged.

“This play, like so many by Coward, is incredibly funny, extremely well-written, superbly constructed and quite profound.

“It’s an extremely entertaining evergreen comedy which has provided me with a wonderful opportunity to direct some of Perth’s best comedic actors.

“I am looking forward to the challenge of accentuating the richly comic situations and bringing out all the subtle nuances of this splendid classic comedy.”

Involved in theatre since the 1970s, Park has directed many award-winning plays, including M. Butterfly which picked up gongs for best director and best play at the 2012 Finley Awards. His productions of A View from the Bridge, Other Desert Cities, Broken Glass, The Real Thing and Cat On a Hot Tin Roof have also received several Finley Award nominations.

Park is equally at home directing comedies by Tom Stoppard and Noël Coward as he is directing serious plays by Arthur Miller and Tennessee Williams – and most recently staged an acclaimed production of August: Osage County.

As an actor, he has performed in dozens of plays, musicals, pantomimes, minstrel shows, films, radio plays and television in Salisbury, Cape Town, Edinburgh, London and Perth.

“Present Laughter is Coward’s most autobiographical play, about an actor and the theatre, so it holds a strong personal interest for me,” Park said.

“It’s a popular play that actors and audiences love, and it’s produced frequently – a successful revival is currently running in the West End.”