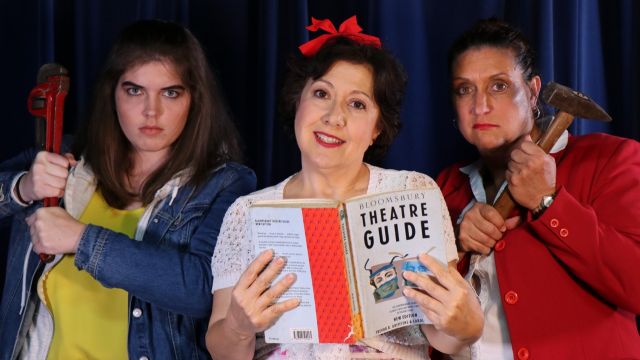 This performance was different in many ways. What we see is the Murrumba Amateur Drama Group (MAD) busily rehearsing their next play, “Weekend at Wimpole Manor”, a period murder mystery. On the surface, it seems to be a typical village theatre group but underneath, jealousies lurk and the group harbours someone capable of murder. Now for the difference. The audience sat in groups at tables – to dine and drink – and each group was given a questionnaire about what was happening. The aim was to decide who had committed the murder and the cast of characters could be questioned about their involvement. It worked very well but I was wrong again.

Directors Karen Christl and Susan Harding-Smith made use of a comparatively bare set as expected when it was the rehearsal space for this amateur theatre group of the play. They then had the cast over-act beautifully to enhance the standard of the amateurish small group early in rehearsals when lines are still being learnt. Jessica Bradford as Jenny and Karen Christl as Fiona were very good as members of the rehearsal team and were ably supported by Craig Longoria and Fay Richards. Helen Bradford in charge of the team as the director showed the full range of emotions as that part evolved. Finally, Karen Matthews as MC Susan Harding-Smith controlled the interaction and the questioning from audience members.

Mousetrap, in this production, has shown what can be achieved by not always following the well worn path in selecting plays. The only fault was when the various groups were discussing their answers and views in a too loud manner. Still it was an entertaining and challenging night at the theatre. Go and be involved. 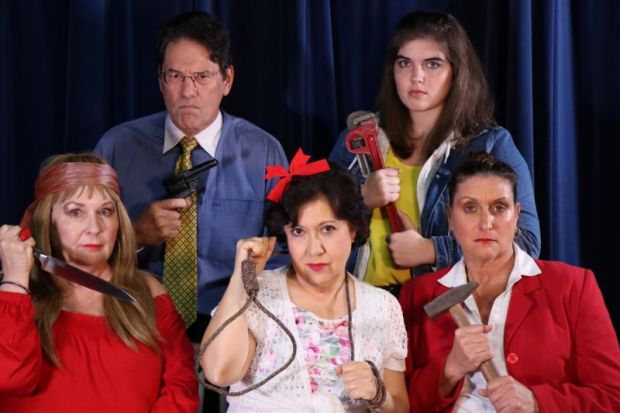