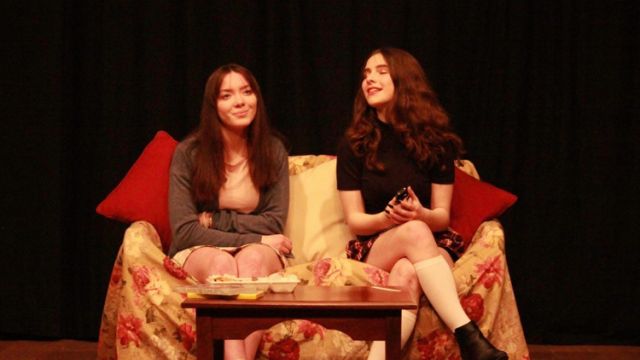 KADS’ One Act Season featured a trio of short plays, all with plots that kept the audience on the edge of their seats, and more than a little on the scary side. 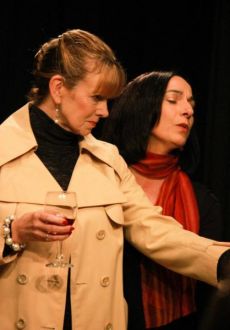 Another very promising first time director, David Gribble, leads the second show, Blood on the Canvas by Richard James. A well-paced, nicely acted two-hander, set in an isolated art gallery, this is a “Who will do it?” rather than a “Whodunnit”. Suspenseful, interesting performances from Irma McCullen as the arty Maddie and Christine Gribble as investor Stella, who work very nicely together.

The final show, The Auterra in Cell 19, written and directed by James Forte, follows the consequences when police interrogation is taken to extreme levels. A strong central performance from Sage Lockyer as Myfawny, with an emotional performance from Steven Ozanne as her emotionally broken husband Harry. Peter Neaves is convincing as whistle blower Paul, while Karin Stafflund gives us rather terrifying background as a government official. The voice of the Auterra is chillingly provided by Bella Marendoli-Murray in a beautifully measured vocal performance.

Lighting and sound design for the three shows was provided by Mark Ramsey and Julie Hickling, in a simple style that will translate well for entries in Festivals in the coming weeks.

All three plays will compete at this week’s Hills Fest, at Marloo Theatre, with Jack in the Box and its sister Kadettes production also travelling to YouthFest later this month.