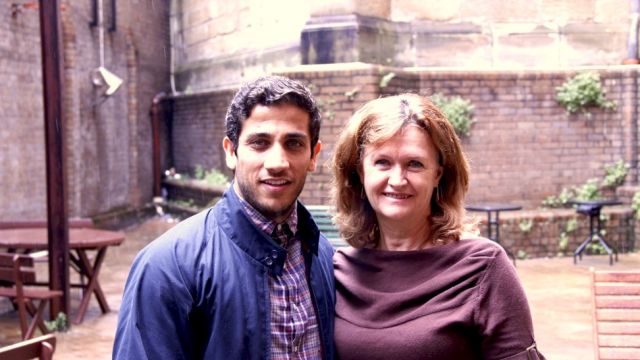 The Actors College of Theatre and Television (ACTT) is pleased to announce it is offering a full scholarship, potentially worth over $35,000 that will enable the winning applicant to study for up to three years full-time in the Advanced Diploma of Arts in Stage & Screen Acting, known as the ‘Professional Actor Program’ at ACTT.

The scholarship is designed to give an aspiring actor the opportunity to undertake professional acting training and spend time developing their skills, explains Firass Dirani, ACTT Graduate and celebrity actor, who has worked closely with ACTT in designing the criteria.

Firass Dirani graduated from the ACTT Professional Actor Program in 2004 and quickly shot to stardom. Best known for his role as John Ibrahim in the TV series ‘Underbelly: The Golden Mile’ for which he won two LOGIE Awards earlier this year, Firass will soon appear in the feature film Killer Elite alongside Robert De Niro, Clive Owen and Jason Stratham (to be released in Australian cinemas from early 2012), and in the forthcoming mini-series drama, The Straits (airing on ABC1 February 2012).

The Firass Dirani ACTT Scholarship aims to unearth another great Australian acting talent. The first year award value is $12,500 and the total value of the scholarship could be in excess of $35,000 to an individual student. Entry into ACTT is by audition and is competitive.

Applications are open throughout December and January and auditions will take place in Sydney, Melbourne and Brisbane from 20th to 28th January, 2012. The winner will be announced on the 2ndFebruary, 2012. Firass Dirani will sit on the panel for the final auditions.

“Acting is a tough profession; to survive you need more than just talent. We’re looking for people who have an undeniable raw passion for acting but also a focussed, determined spirit, which will drive them towards their goals.” says Firass Dirani.

The scholarship recipient will have the opportunity to train with a team of professional tutors, all experts in their fields, and experience a learning experience that transforms people into highly proficient, physically capable and emotionally confident actors.

“From the first day Firass arrived at ACTT it was clear he has a natural talent and is dedicated to his training. This competitive scholarship aims to discover another Australian acting talent who after three years of dedicated professional training at ACTT may become the next Firass Dirani. I would encourage anyone who is serious about acting to grab this opportunity.” says Lesley Watson, Head ofACTT.

This radical program immerses students in the Morris System of studio-based training, with extensive Instrument Preparation and Performance Practice followed by public theatre performances and Australia’s finest TV & Film Industry show reel (with scenes shot on-location and in-studio). Students get access to agents, directors, producers and other industry insiders and leave with the skills and opportunities they need to gain representation and sustain themselves throughout a long and rewarding acting career. Graduates of this three year course leave with an Advanced Diploma of Arts in Stage and Screen Acting and have the option of exclusive matriculation into a 4th year BA Degree at University of New England.

To be eligible for this scholarship applicants must first successfully pass through ACTT auditions for entry into the Professional Actor Program:

Stage One: Candidates will be required to prepare and perform three monologues in front of a panel. Audition booklets for males and females are online at www.actt.edu.au.

Stage Two: Selected applicants will then be invited to attend Stage Two (no additional preparation is required). If they are successful they will be offered a place on the 2012 Professional Actor Program.

Stage Three: Anyone who has accepted their place on the 2012 Professional Actor Program will be invited to apply for the Firass Dirani ACTT Scholarship, this will involve completing a short written application as to why they believe they should receive the scholarship. A shortlist will be drawn up from these applications.

Stage Four: All those shortlisted will be invited to interview and perform in front of the scholarship panel which includes ACTT staff, industry and Firass Dirani. A winner will be selected and announced shortly after.

ACTT is a performing arts training college at the heart of a thriving artistic community. The college delivers courses in Professional Stage and Screen Acting, Performance, Music Theatre, Stage Management and Technical Production. Unique within Australia, this specialised college offers a range of learning options from evening and weekend classes to full-time tertiary-level training including a University B.A. Degree pathway. All ACTT courses are taught by experienced professionals working at the highest level in their fields.

For more information about the scholarship: email info@actt.edu.au or call 02 9213 4500