The Damnation of Faust by Berlioz 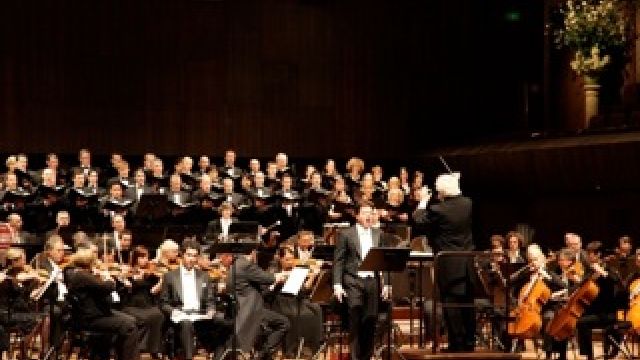 The Victorian Opera continued on its path in the less familiar operatic repertoire with Berlioz’s flawed masterpiece The Damnation of Faust. Called a Dramatic Legend, this “opera” has scenes which would only work in a film. So the decision was made to produce a concert performance with the chorus at the back and the soloists in front of the orchestra with scores in hand.
The opera is a tour-de-force for the tenor, and local boy made good, Julian Gavin, was up to the challenge. His interpretation was much more lyrical than the great Domingo, but he also coped well with the dramatic scenes. Like Domingo he found a couple of top notes stretched him.
South Australian Pelham Andrews was an appropriate Mephistopheles and his casual approach suited the role, though the top sometimes lacked focus.
In line with the aim of utilising local singers where possible, Tania Ferris was cast as Marguerite. Her voice was impressive, though a little unsteady at the top. The chorus was thrilling and the extended orchestral interludes exciting.
Another feather in Victorian Opera’s artistic cap.
Graham Ford