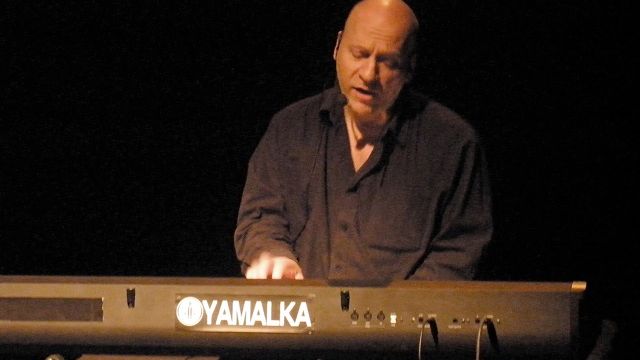 Daniel Cainer’s Jewish Chronicles is a one-man cabaret fresh from the Edinburgh Festival and London’s West End. A collection of songs and stories that examine, with great compassion and humour, what it means to be Jewish in the 21st Century, the name is a play on the Jewish Chronicle newspaper and the show itself an accidental product of Cainer’s own ‘mid-life kosher crisis.’
If scientists created a Sondheim/Minchin hybrid and sat it at a piano affectionately named YAMALKA it would sound like this. Add a pinch of William Finn, serve with a klezmer jus and you have the perfect recipe. Cainer’s use of internal rhyme and robust piano arrangements were extremely refreshing to the ear and I caught myself humming bits of “God Knows Where” on the drive home. His intelligence and musicianship are obvious, and it is their use in combination that establishes the stories as the true stars of the show. Every one is engaging or insightful and always with a humorous edge.
In an audience where non-Jews where the minority, Cainer was extremely warm and welcoming, ensuring everyone understood any Yiddish references, sometimes even pausing mid-song if he’d forgotten to introduce a term before he began. Cainer is connected to every story, some directly, some more historically, and whilst the details may be personal, the themes are universal, appealing to Jews and non-Jews alike.
More information and samples of Cainer’s other works can be found at www.danielcainer.com.
Ian Nisbet