The Last Days of Judas Iscariot by Stephen Adly Guirgis 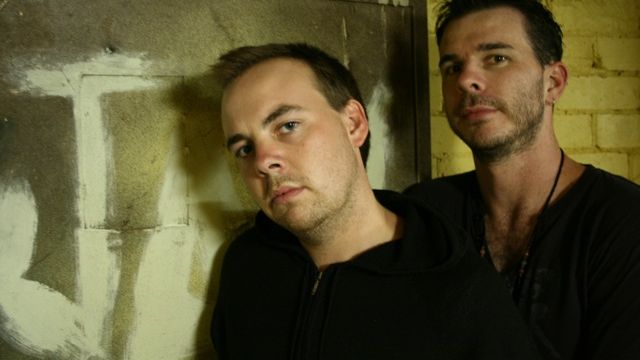 The Last Days of Judas Iscariot was the last production to feature all 15 members of Hunter TAFE’s initial advanced diploma in acting class and it was a rewarding finale for a group who have done fine work in their three years of training.
The play uses a trial in Purgatory of Judas Iscariot, the disciple who betrayed his friend and leader Jesus Christ, to look at issues including concepts of good and evil, guilt and forgiveness, despair and redemption, and social pressures and free will.
Guirgis makes it engaging and thought-provoking through the often amusing cut-and-thrust style of a court-room drama and by giving all the characters, including Jesus and Satan, a down-to-earth humanity.
As most of the play’s historical saints and sinners are generally viewed narrowly as good or bad, the actors face the challenge of making the characters come vividly to life, a task made harder by the fact that some of the 23 characters have just one monologue or little time in the witness box.
But through David Brown’s direction and the performances all the characters made an impact. The use of women to play male characters (a necessity because of the group’s gender balance) showed how effective this can be, with the court-room battles between Ana Ringma’s probing defence lawyer Fabiana Cunningham and Alicia Patzer’s wily Egyptian prosecutor Yusef El-Fayoumy riveting.
David Fenwick’s smooth-talking Satan, Andrew Holmes’ guilt-ridden Judas, Brett Trousdale’s gentle Jesus, Kia Pugh’s streetwise St Monica, Steve Murray’s self-justifying Caiaphas, Stephanie Priest’s agonised mother of Judas, Christopher Newton’s rule-bound trial judge and Megan Vanstan, Ashleigh Tierney, Jasmine Skye Payne, Sarah Mainey, Chloe Perrett and Letitia Sutherland as assorted saints and sinners helped make this a heavenly production, entertainment-wise.
Ken Longworth

Image: Andrew Holmes as Judas and Brett Trousdale as Jesus