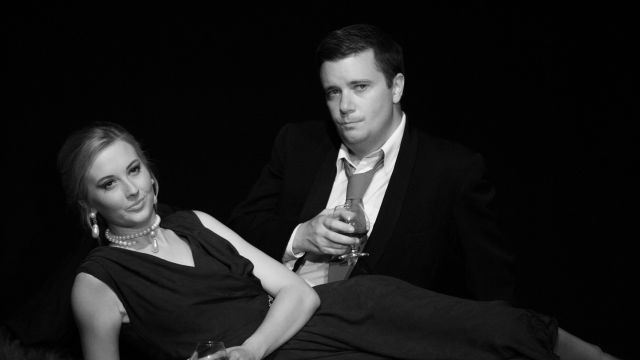 Forrest Gump’s ‘Life is like a box of chocolates’ also describes this marriage-go-round.

Mixed Doublescontains eight longish two-hander sketches about marriage, separated by monologues. It opens with George Melly’s The Vicar. Alex Lanham timed perfectly this homily to a newly married couple, delivered with gravitas. The title of the unfortunate choice of hymn to follow shattered that mood.

In James Saunders’ A Man’s Best Friend, we meet newly-weds (Katrina Holmes and John Bolton) travelling to their honeymoon, she making sensual overtures, he more interested in the guitar he still can’t play.

And so it goes: In Score (by Lyndon Brook), Damien Campagnolo and Tamara McLaughlan, play an upwardly-mobile couple’s side of a prickly tennis match. Campagnolo excelled again with Bronwyn Morrow in Countdown (Alan Ayckbourn), a delightful examination of marriage in its autumnal stage.