One Scientific Mystery or Why Did The Aborigines Eat Captain Cook? 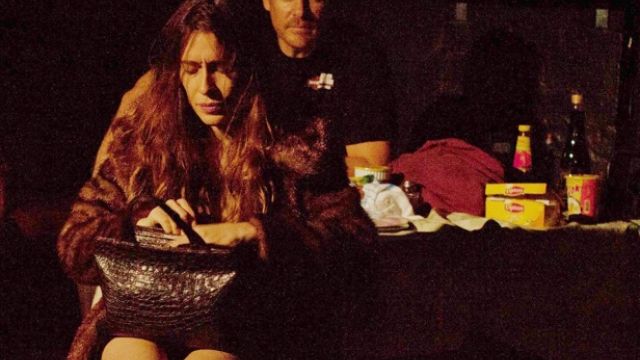 Victoria Haralabidou's first play is full of mystery and is an interesting attempt at exploring fleeting relationships between human beings and our need to connect and be connected.

Staged at the Tap Gallery (which can only be described as one of the last bastions of fringe theatre and art in Sydney) this production has a top-notch cast and crew.

Victoria Haralabidou's Doosia is a subtle etching of a woman with street-smart savvy, a power punch of intelligence and humour and a waif-like fragility. Aaron Jeffery's Rhys is a man worn down by compromise, selling his dreams short and the realisation that living a life full of passion is sadly and probably beyond his reach. The occasional appearance of Dallas Bigelow's Ben is perfectly timed and just irritating enough to be exasperating. It must be said that Bigelow plays a dickhead so well that it evokes a visceral response. And under Iain Sinclair's direction the cast are given the guidance and freedom to explore their characters, each of whom are lost souls.

It has a short run, so try to see it if you can.