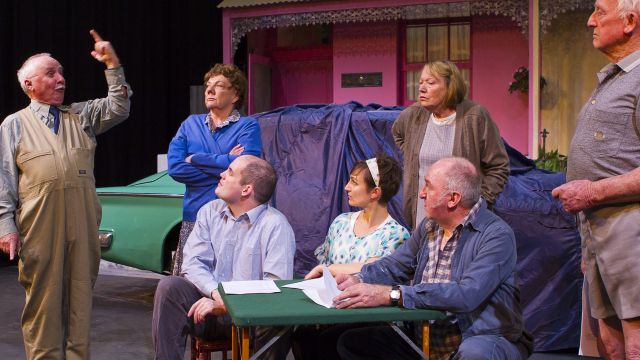 Director Aarne Neeme has taken John Doyle's insightful first play and—using an amazingly lifelike set design mirroring the play's smooth transitions between reality and its narrating protagonist's own playwriting ideas—made every note ring true.  Pig Iron People is a coup for Canberra Repertory, inherently brilliant and masterfully produced.  Its seriousness, never grim, embodies natural comedy to give us intimate, rewarding insights into the hopes, the joys, the losses, the redemptions of two generations of residents whose hearts, despite their variety of life experiences, are not so very different.  This play gently and humorously shows us ourselves.

You'll feel for these characters, living between hope and despair; for their lives at uncertain watersheds between dull safety and predictable adventure; for life in the transition between the Keating years and the Howard eternity.  The entire cast played to perfection.  Even if we sometimes hated one or two of them, we hoped, sorrowed, and laughed with them all.  Direction was almost choreographic; the set was a masterpiece; every character was convincing from costume to comic gesture; and the total effect was compelling, involving us deeply in our own mortality and those matters of genuine importance to us.  The truths its very particular characters show us without ever voicing them are universal; vital; and easy to neglect.

You mustn't miss this one!