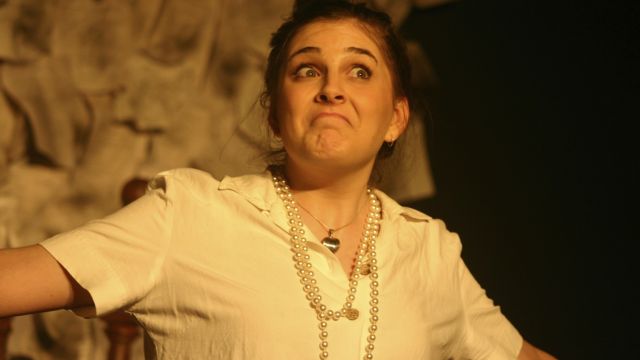 This is a showcase for Erika Naddei, emerging star from Harvest Rain’s Musical Theatre Internship Program.

She tackles here a very demanding role, the love experiences of an English girl newly arrived in America. The one-act song cycle requires her to portray the emotional and social roller-coaster of meeting and losing four possible love interests (if I understood the underlying story behind the songs).

The show received a great response from the audience, which should encourage all involved. However, there were times when I missed Erika’s softer (usually last) song lines; and her journey required a greater range of passions than Erika depicted. She has a good voice for musicals and will be a force to be reckoned with as she develops vocal strength.

She is supported by co-graduates of the Harvest Rain training program: Director, Meg Ham (and her assistant director, Danielle Carney); Music Director and accompanist for the show, Sophie Woodward; Production Manager (Megan Whiting) and Stage Manager (Casey McCollow). I was impressed by the simple but effective set, and minimal props ─ just enough to suggest ‘moving on’. Set and Lighting Designer, David Lawrence (and his assistant, Fiona Lynch) take the credit for that.

This is a great first step towards a career in the entertainment industry for all involved.