Charles Manson and the Subtle Art of Radicalisation 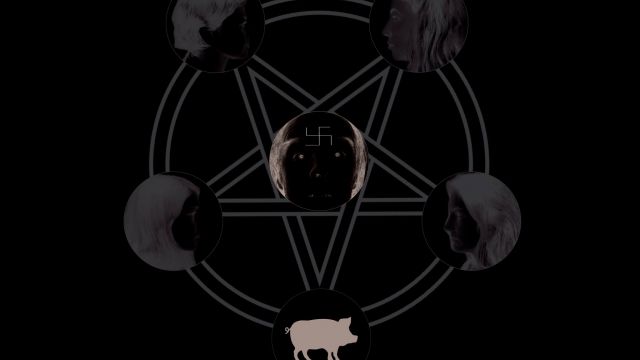 Cicero's Circle Theatre Company’s production provides an extremely penetrative insight into Manson’s hallucinogenic, schizophrenic and deeply delusional discourse. The troubling part is that his language is expertly constructed and alarmingly seductive. This is a very tight script that fully explores the process of radicalisation; an issue that has emerged as one of the more significant concerns in contemporary society. Scott Welsh is terrifying as Manson and the menacing presence he is able to convey on stage could be more fully exploited. Sharing the same space with his interviewers generates a much more dangerous scenario than the staging and the direction was able to suggest.

As two of his female followers expand on their fascination with Manson their incredible disconnection with both society and reality slowly unfolds, and the elation that comes from that freedom of thought is effectively portrayed as alluring. The revelations of Sadie (Kimberley Kardaras) and Sqeaky Fromme (Kathy Schoenjahn) and the manner in which they are seduced into violent thoughts and behaviour is chilling, especially when they are in the vicinity of Manson. Star (Eva Torkkola) is a particularly interesting and well-written character that offers a performer the opportunity to play the intriguing process of slowly becoming unhinged. This play’s interesting narrative structure powerfully suggests that Manson, and his disturbing charisma, may have been much more than just a product of his time.