DEFYING GRAVITY – WHERE THE MILLIONS ARE BEING SPENT ON WICKED. 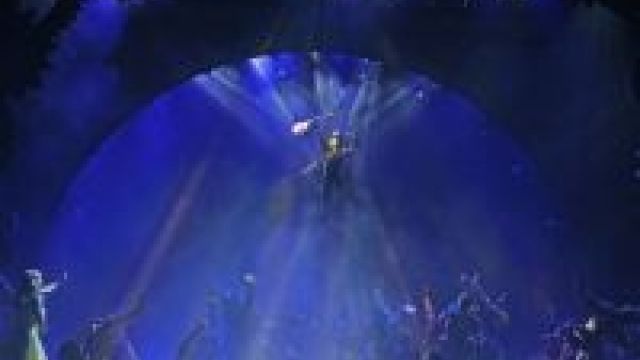 Costumes
Big musicals don’t come cheap. I heard that the 600 costumes cost $2000 each. The Technical Director Brian Downie said those are the cheap ones.
“Some cost between twelve and fifteen thousand dollars. All the chorus costumes are very complicated. Each ensemble has a different design. The hats are skewed – the costumes are not symmetrical. There is a lot of work getting that right,” he said.

Bump In
Moving the show from Melbourne to Sydney was a million dollar plus operation. Fifty people worked on the transfer, with the bump in taking almost three weeks.
Brian Downie was relieved that every piece in the jigsaw turned up.
“The whole operation started at midnight on the 12th of August. The cast stepped on stage on the 30th,” he said, as if describing a military manoeuvre.

Lighting.
There are 500 lights used in the show.
“It is what makes Wicked magical,” he said.
Lights are used most strikingly in the final scene of Act 1 – Defying Gravity - when Elphaba appears to float. The company won’t reveal what lifts her seven metres aloft – except to say she is supported from below.
“What is most striking is that she appears to be riding unaided. She not only rises but comes forward and rises again,” he said.
The illusion is created by distraction. The stage is filled with haze, and striking blue light takes the audience’s attention away from the support mechanism.
“The challenge is to keep as much light off her as possible. The light around her is very bright, but there is very little light on her,” he said.

Other Special Effects.
In the first act Glinda appears to float down in a bubble. She is twelve metres in the air and surrounded by a polished aluminium steel circle. Four hard working bubble machines add to the effect.
Glinda is seen to fly across and up the stage by combining two systems - a vertical winch and a truss track on stage.
“She has to sing an extremely taxing aria while in mid air. She has be extremely trusting,” he said.

Mishaps.
Thankfully none to report, though on two occasions Elphaba did not fly.
“She has to be absolutely trusting as she has nothing to hold onto,” he said.
“If we are not completely satisfied with everything she stays on the ground,” he said.

First published in the November / December 2009 edition of Stage Whispers.