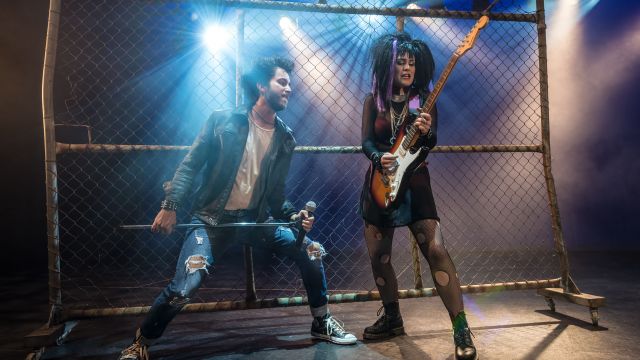 David Betterridge from Loud and Clear Audio in Sydney shares his tips on getting the best sound from rock musicals.

Recently we have been asked to do the audio for a number of groups staging new rock musicals, such as Rock of Ages and We Will Rock You, who have been more used to staging traditional music theatre. The three most important factors here are isolation, isolation and isolation.

The first challenge is the same as a traditional musical, in that in a lot of instances people are doing a musical in a room which is not designed for performing a musical in, because there is not even an orchestra pit. So you have a lot of musicians putting out a lot of volume, often very close to the audience and performers.

With a rock band that takes on a whole new dimension, because they can output a lot more volume than a conventional orchestra. The musical director often wants it to be the full in-your-face rock band. But when their volume exceeds a certain manageable point, it becomes very tricky. Much of the direct sound comes into the audience and straight down the sensitive microphones the cast are wearing.
We approach this at the outset by having gentle negotiations about where the company puts the musicians. At the rear of the stage can help move them away from the audience, but puts them very close to the actors. In some cases they simply have to be down in front of the stage – which can be extraordinarily difficult. You want them as far away from the audience and cast as you can get them.

Unless you can isolate them with sound shields (we do that sometimes with perspex panels for trumpets and percussion in regular musicals) then the more separate the better, even in a separate room.

This does add extra costs for video links so the cast and MD can see each other.

One advantage of a rock musical is that a rock band has fewer musicians, but on the other hand they want to play loud, with their amps at a decent level. One of the more recent solutions we use is to remove the musicians from the amps. We plug the instruments directly into our mixing desk. They leave the amps on stage, just for looks.

Rather than give them fold back, we stick headphones on the musicians, and give each of them a personal mixer. Depending on the brand and model, we can plug a large number of sources into it. The guitar is channel 1, lead guitar 2, vocals 3, etc. The musicians can then adjust the mix to their personal taste, and volume.

This can reduce the on stage electronic sound of the band to zero. The only thing we then have to manage is the drums. It can be a little bit more expensive but it is effective. A recent example was Ashfield Musical Society’s production of Rock of Ages. We could make the show very loud in the room, as there was no spill at all from the band into the performers’ microphones (adjacent to the band onstage) or directly into the auditorium.

But don't forget, "at the end of the day" the audience have paid to come and see a musical theatre show, not a live rock concert, so the final mix needs to take thatinto consideration. Directors who ask for it to be "as loud as possible" often come up after opening night and say that some members of the audience found it too loud...
(and Clear, of course) :-)