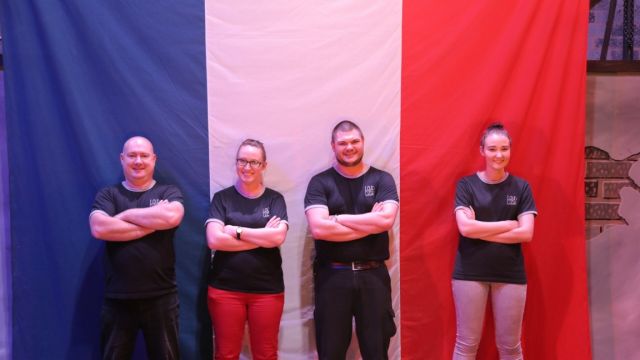 Stage Whispers asked our technical gurus for their most important tips in audio, lighting and building theatres for schools staging musicals or plays.

“A lot of the time they might think that the equipment in the school is adequate for a show. By that I mean the sound system for the school hall. A lot of the time it is not. It is there to reinforce the headmaster at assembly. It is not going to cut it for a musical for kids, who do not sing very loudly, over a bunch of squealing instruments.

“In most cases they are better off hiring equipment than buying it. Quite a few schools come to us and say can we buy four radio mics? There is not much point when you need 18 to do the show. Unless the school has a dedicated member of staff who looks after those things they end up in a state of disrepair very quickly. They are better off hiring, because they are not going to use it until the next year.”

Pictured above - the Loud and Clear crew at Shore School.

“Check your wireless frequencies. That is pertinent. Some people’s wirelesses in the old range between 694 to 800 megahertz are still working in a few situations. That is in a sound check or rehearsal when there are only a few people milling around. The problem is when people come to the performance and they all bring their smart phones with them; that is when they don’t work.

“The biggest trap schools fall into is they want every child to have a part but their audio budget does not match it. Companies charge them huge amounts for radio microphones. They are better off hiring a group of hanging microphones, rather than the living nightmare of sharing eight radio microphones among thirty children.

“For lighting, all the parents want is to see the kids. If you have money to buy equipment you should consider LED – although they are more expensive, they offer flexibility and are cheap to run.” 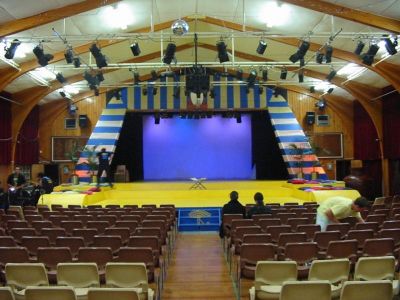 “Understanding the show is the most important thing, and knowing what gear you have and what you can hire in.

“Government schools are generally under resourced to put on a big show. A school I helped had four dimmer packs and around 20 lights. They were side, wash, frenels and profiles. They had to hire most of the kit to stage Les Misérables. They had less than fifty percent of the kit to do a decent show. That is fairly normal.

“The biggest mistake is over-designing; trying to do too much.”

“The biggest thing for me is making sure there is a lot of student interaction in the lighting prep where it is safe for them to do the rigging. If an external company is brought in you can still get them involved.

“We do light operations that are pole operated so that students and teachers don’t have to climb ladders. This includes LED lights.

“We are finding ways of setting up lighting in an educational environment, rather than a Drama department giving up and getting an external company in. We want students involved.” 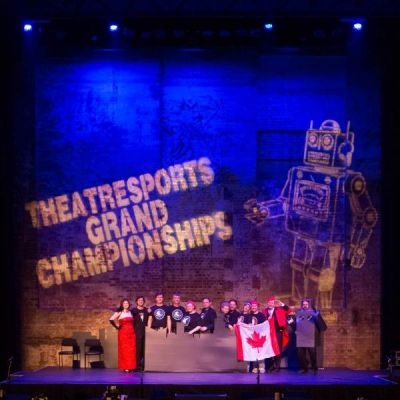 “The biggest problem is people being afraid of using what they have got. They think a professional set it up once and they are too nervous to change it, so they don’t end up using their equipment.

“You need someone in the school who is passionate about the equipment. It needs to be simple enough so that they use it. When they put in a complex sound or light desk, they get flustered by all the buttons.

“As far as Gobos are concerned, schools need to make sure their profiles (lights) have Gobo holders, so they can utilise the equipment they have got.

“Jands has helped put together dozens of entertainment venues for schools.

“Very few schools can afford a dedicated performing arts space, so inevitably schools want the biggest bang for their buck to make it work for a number of things.

“Also never be scared of the found place. I have seen terrific studios in unwanted spaces in school campuses. Places that look like a dungeon or a storeroom can be incredible studios for drama.

“It might not suit grand musical theatre but absolutely suit a Shakespeare or student monologues.”