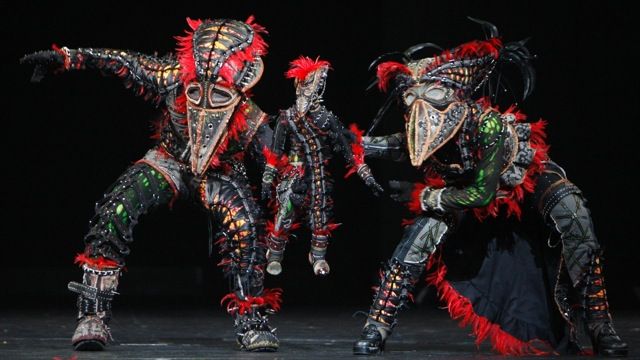 David Spicer looks at the costume makers who take the art form to the extreme. The World of WearableArt™ began in the small New Zealand town of Nelson, but is now a big ticket corporate event held every year in Wellington. Behind the glamour are passionate costume makers. One of last year’s winners was Julie Brawley. She made her masterpiece at the same time as she was co-ordinating 800 garments for her local amateur theatre company in Ashburton.

It took 200 hours to make it out of a product called Suntuf Roofing. That is a Polycarbonate plastic.

“It is a kind of sculpture to be worn,” said ‘costume maker’ Julie Brawley. 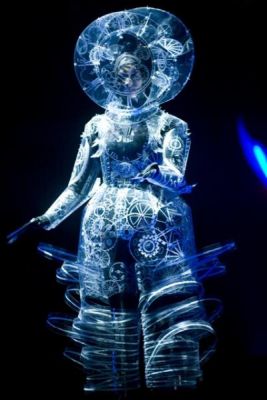 “The white on it is hand engraved. I used small hand held rotary tools to put it together with nuts and bolts.”

Is it comfortable to wear I asked?

“Not at all. The model said it was like a sauna, because of the stage lighting. Like an oven.”

Isn’t it a bit silly.

“Yes it is very silly. Nothing makes any sense at all. WearableArt™ makes Lady Gaga look a like a librarian.”

The ‘garment’ is called Reflection On Time.

“My original inspiration was the clock tower in Ashburton. The whole thing is to get the feel of the guts of a clock; to look through it into the workings in the case. It won the WOW Factor award for most innovative design.”

Julie Brawley made her masterpiece at the same time as she was co-ordinating 800 costumes for her local community theatre company.

At the time, Variety Theatre Ashburton was putting the final touches to its revue called Salute to Broadway.

“It was all done at the same time.”

But the principles, she says, are the same for all costume making. 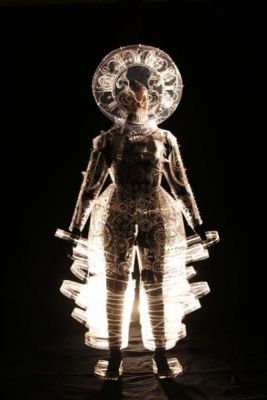 “My key advice is that the things that stand out on stage are an eye for detail; all those little pieces and accessories. It is one thing to have a good costume, but if the hair or wig is not right it does not work. You need to make the costume develop a personality.”

She now has extreme costume making in the blood.

“This year I have actually entered a different section. It is called Man Unleashed. The brief is to produce a costume for the Groom that would compete with the Bride. I have re-interpreted the bridegroom. I am using Suntuf roofing again in a completely different way. It will be just as uncomfortable and impractical… of course.”

However just like there were dividends from sending man to the moon in every day life, like Teflon frying pans, so too might extreme costume making have spin-offs down the track.

“It was very clever. It had loops folded back on themselves with no stitching. There are lots of ways it could be used. It is a completely new idea.”

So stitchers beware, you could soon be out of a job.

The World of WearableArt™ Award Show takes place from August 25 until September 10.