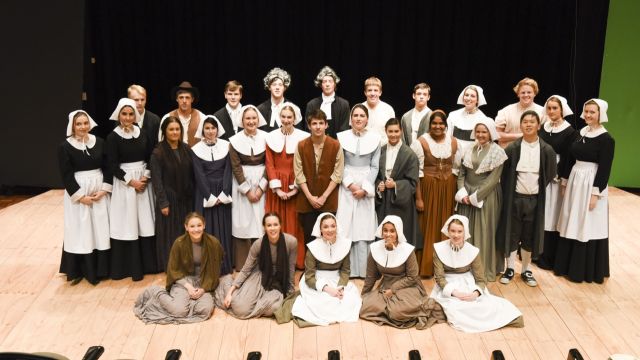 Mary Gurry was singing for her supper but decided sewing was more her style. Whilst performing over 2500 singing telegrams around Melbourne, she turned her talents to making the outfits. Centrestage costumes began with a stock of gold and silver jump suits, various animals, Valentine Hearts and the like.

She also provides advice and lessons in special effects and stage make up.

Some of the productions Mary is especially proud of are:

·       An order for a school production of The Crucible where she completed 28 Pilgrim outfits costumes in 28 days. 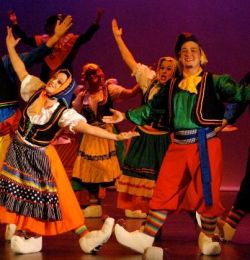 Over Mackay Musical Comedy Players' 50 year history, attention to detail and authenticity have been part of its philosophy.  This has been evident from 1965  when their founders staged The Boyfriend up until their recent production of Beauty And The Beast .  Over the years their award winning team have had the unenviable task of creating costumes on the inevitable tight budget that goes hand in hand with community theatre.

This has ranged from 1920's bathers, to 1930's Dick Tracey style men's suits, to armour for Camelot, to the "Ascot" scene from My Fair Lady to beautiful ballgowns for the "Dames" scene from 42nd Street.

All manner of materials are used to make them as evidenced by their clock with an opening door, candelabra with functioning candles and wardrobe with functioning drawers on display in their latest production of Beauty And The Beast.  Mackay Musical Comedy Players hire whole sets of costumes to a range of theatre groups. 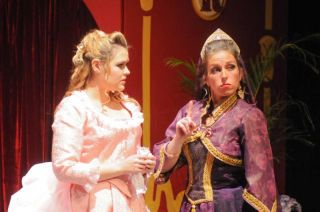 Teamwork can be fun!

What makes Bankstown Theatre Company’s wardrobe department so special? “Teamwork, and fun!” says team member Arthur Pickering. “ We work at the Bankstown Arts Centre, and can be found there, having a great time, whenever we are needed. It’s an amazing creative environment and one of our favourite social outlets,” he added.

“We all do a bit of everything but each has a special skill.  Tony Attard has an encyclopaedic knowledge of our stock.  Lynne Beach is an admin wiz who can source the most obscure item in a blink.  I am a tailor, usually at the cutting table or driving a sewing machine while Betty  Cairncross is the best finisher in the business,” said Arthur.

“Currently,” said Betty,” we are focussed on Bankstown’s next production, All Shook Up. And we are making a new set of 1950s outfits,” Lynne joined in. “This show has a special set of needs and we are looking at the designs and colour palette to ensure we do it justice.’

Over the years we have developed quite a collection,” added Tony.  “If you are looking for something special or different, why not email or give us a call?” 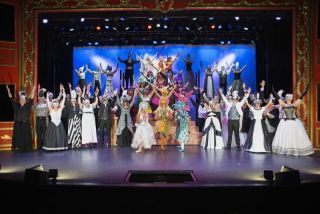 The Gosford Musical Society has a dedicated group of sewing ladies who are pursuing their love of dressmaking. Together with the Costume Designers they are producing good quality costumes that not only endure their show but also numerous hires. So GMS is hiring whole shows to other musical societies, drama groups and schools who don’t have the storage space or resources to make their own show costumes.

Shows like Spamalot, Beauty and the Beast and Cats have very iconic costumes, and large pieces, that make them very popular to hire.

A rental of a large set of costumes typically costs in the vicinity of $3000 plus laundry costs.

GMS is currently producing costumes for Mary Poppins and The Little Mermaid. The website features up to 100 photos from each of the last 40 shows performed by GMS.