Designing the dream, not the drawing room 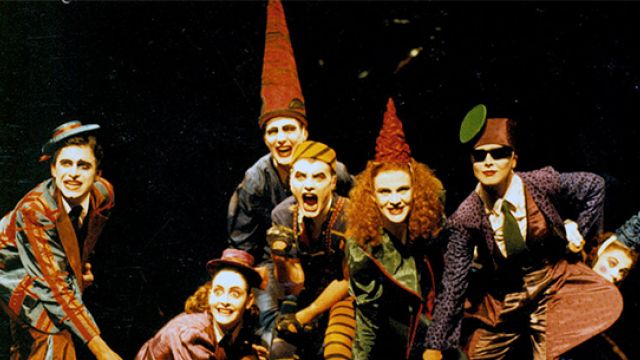 In the 1960s, young Australian designers were part of a new arts culture, with new plays and new theatre buildings, making a new kind of theatre: designing 'the dream, and not the drawing room'.

In their hands the idea hit the stage assertively - as a single, strong visual statement, the visual metaphor writ LARGE. There was no room for detail here - their designs were defined by stripping back to essentials, raw materials were allowed to speak for themselves, unexpected elements were put together with little interest in conventional notions of harmony or unity and the performance space was seen as an installation with the workings of the production exposed as a vital and valid dramatic component.

The ideas of Brecht and Meyerhold had finally made it onto Australian stages – 60 years late. As designer Bill Haycock put it: [those designers] 'dragged Australian stage design screaming into the twentieth century'.

The 2019 Sydney Design Festival comes to NIDA on 9 March, with stimulating and provocative panel discussions interrogating excellence and access in design for performance in live theatre, film and television across six decades of practice. 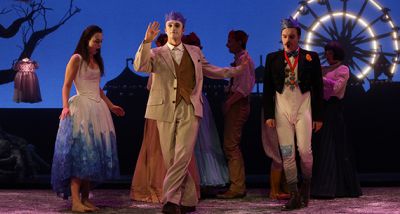 This forum gathers together designers from across Australia and elsewhere to discuss trends and aesthetics - to hear from those who have shaped Design for Performance since the 1960s and to learn from those who will re-shape the next 60 years,' said Dr Julie Lynch APDG, Director, Centre for Design Practices at NIDA.

NIDA’s event, Accessing Design Excellence, interrogates excellence and access in design for performance across six decades of practice, beginning with the 1960s. Leading award-winning members of the design community in Australia will be in attendance to stimulate and provoke discussion.

The sessions provide an opportunity for audience members to hear contributions from several award-winning special guests, for example:

Dressing Elizabeth I
Stage Whispers interviews Anna Cordingley, Designer of Malthouse Theatre’s Elizabeth What is the brief for the... more

Stage Craft - Prop Making
Jemima Snars got into the guts of prop making for her final project to complete a three-year course at the National... more

Not Splitting Hairs
Melbourne Theatre Company’s wig-maker extraordinaire Jurga Celikiene began her career in 1986 in the Committee of... more

MEET THE MAN IN COSTUME HEAVEN.
Imagine being able to design fabulous costumes 365 days a year! Matthew Aberline is the man. For the last three years... more