WAAPA Costumes On The International Stage 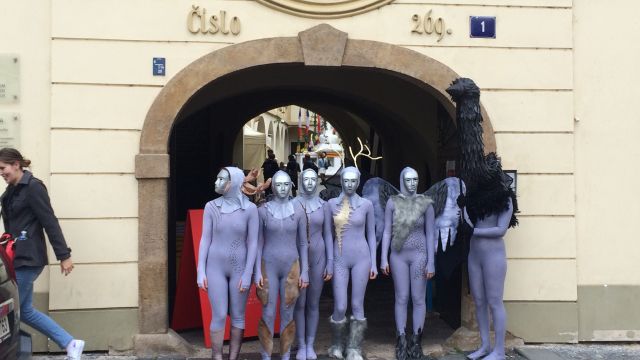 Twenty-two students from the Western Australian Academy of Performing Arts attended the event in June 2015. 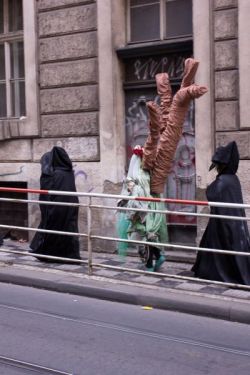 In 2014 design and costume students submitted concepts to the Quadrennial and were thrilled when five of them were accepted.

The theme was Tribes.

One was called Incandescent, modeled on the wrath of Mother Nature in the form of fires, flood and cyclones. Another, Core Beings, represented what unites the tribe of human beings.

The students walked the streets of Prague in costume in a striking procession against the city’s historic buildings.

Cloaked figures left a chalk trail of ancient geomancy symbols, articulating the equations and signs of an ailing land.

Trailing the nomads’ gowns was a mesh veil, concealing the waters and resources drained from the cracks of the earth.

Audience members were ‘invited’ to gradually draw the waters (translucent/ holographic fabric) from the tribe as they proceed along the designated route through Prague.