A WHALE OF A PRODUCTION 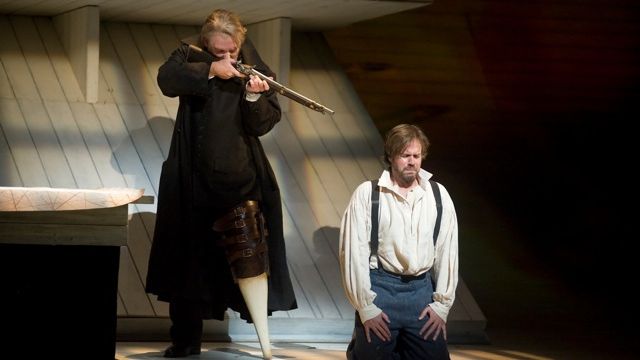 In September 2011, the State Opera of South Australia (SOSA) staged one of the most remarkable Opera productions in recent years, a co-production with four North American opera companies of Moby Dick by Jack Heggie. Timothy Sexton, Artistic Director of the SOSA, explains why audiences were dazzled by the $1.5 million set.

“The opening sequence started with the full scrim down. Dots of light appeared until they looked like the Milky Way. Then lines were plotted between the stars, so it looked like an old planetary chart. More lines emerged until it formed a mast, boat and ship. They started moving to reveal the actual boat (behind it). The boat was created by a visual image. People were gobsmacked.” “The set was so huge we had to reinforce the stage. 15 minutes was set inside the whaling boats. This comprised three sets of hand holds with images projected onto the set. When it was static it appeared to be tipping back and forth through the use of moving water images. The guy at the top slid down the curve as he leapt out of the boat.”

”The masts went right up into fly tower. Some cast were way up in Gods, giving the audience a totally different experience, getting sound from the entire stage area. We also had a number of professional climbers and acrobats.”

“The audience saw a whale on stage only once. It was being cut up and boiled. The audience never saw Moby Dick, but they could feel him and hear him coming.” 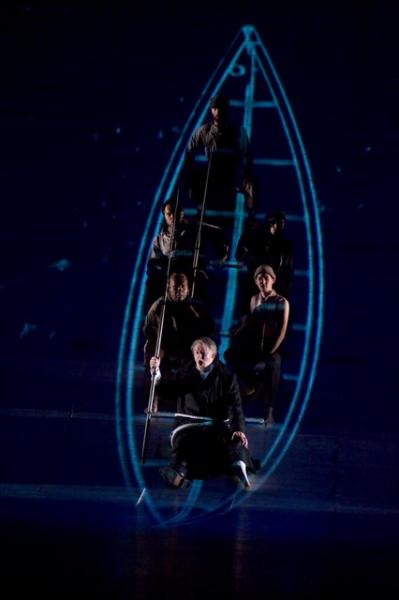