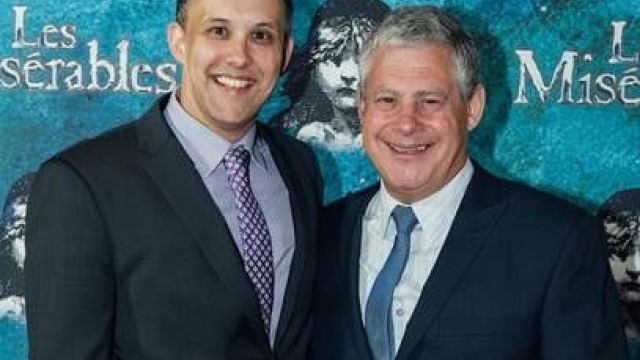 Leading musical theatre libraryMusic Theatre International (MTI) is to open an Australasian office in Melbourne later this year, as well as new European Office in London, and eventually an office in the Far East.  Already the largest company in its field in America, MTI is the world’s leading library of musicals.  Founded by the legendary composer Frank Loesser over sixty years ago, MTI represents and licenses the performance rights to the works of the majority of contemporary musical theatre writers throughout the world.

MTI’s catalogue includes legendary shows ranging from Guys and Dolls, West Side Story and Fiddler on the Roof, to modern shows like Hairspray, Little Shop of Horrors and Mamma Mia!  It also represents the majority of works of Stephen Sondheim (including Sweeney Todd), as well as all the stage productions of Disney Theatrical and Cameron Mackintosh (including The Lion King, Mary Poppins, Miss Saigon and Les Misérables).  Sitting alongside these classics are many of the most exciting new talents whose works are emerging on the world’s stages and who will be writing the future hits of musical theatre.

Freddie Gershon, the Chairman of MTI, invited Cameron Mackintosh to join him as an equal partner in the company twenty-five years ago. Recently Cameron acquired the majority shareholding.  During this time, under Freddie’s inspired leadership, the company grew from being modestly successful to its current pre-eminence.  In 2007 Freddie and Cameron appointed their long-term friend and colleague Drew Cohen to become the company’s new President, and now the Chief Operating Officer of the company’s global activities.  Their shared vision of the company’s future, harnessing MTI’s unique resources and stellar reputation for reaching new audiences, looks forward to developing even more ground-breaking projects in this field.

MTI provides an innovative service bringing the largest and most diverse collection of musicals to an ever-expanding world market.  Cameron Mackintosh’s control of MTI gives the company the responsibility of ensuring the secure future of over 400 musicals, alongside servicing over 100,000 clients worldwide.  This serves to realise Cameron and Freddie’s desire to keep this unique collection of works out of corporate hands to serve copyright proprietors with passion and integrity as well as their heirs long into the future.

In addition, Music Theatre International pioneered the creation of the BROADWAY JUNIOR collection of musicals, abridged for young performers and licensed with director’s guides that allow teachers of all skill levels to produce a show.  To date, more than 5,000,000 children have performed in over 125,000 Broadway Junior productions around the world, introducing the art and joy of musical theatre to new generations of performers and theatregoers alike.

Freddie Gershon said: “The Company has always been proud of both its independence, and the dedication and reputation of its remarkably passionate team recognized throughout the world as the best in their field. I look forward to continuing to work closely with Drew as MTI spreads its wings internationally.”

Drew Cohen said: “Our management team enjoys the closest of long-term relationships with the authors whose work we care for, whether they are the legends of Broadway and the West End or are just embarking on their careers in musical theatre.  We work hard to nurture creators as well as the wonderful works they create.”

Australia was the first territory in the world to license amateur productions of Les Miserables in the mid 90’s.  This led to MTI’s decision to develop the School Edition version of Les Miserables in 2002 as part of the Victor Hugo bicentennial celebration.  Its success resulted in the creation of additional School Edition adaptations and the ever-expanding and innovative Broadway Junior Collection making some of the most successful musicals in history available to Primary and middle school age children.

“I am absolutely delighted that the time has come for an exciting new chapter in MTI's long history in Australia and a re-organization of our highly valued relationship with Hal Leonard and continuing to work directly with Stuart our new Managing Director,” Cameron Mackintosh said.

“It is an honour to be part of this significant milestone in MTI’s 60-year history” says Stuart Hendricks.  “We are looking forward to continuing our relationship with Cameron and MTI to further develop new licensing opportunities in the region. We remain committed to engaging and inspiring a new generation of performers and future audiences through the power of music theatre.”

Hal Leonard Australia will continue to license and distribute the performance materials to the amateur, education and professional markets.