By L. Frank Baum. Music and Lyrics by Harold Arlen and E.Y. Harburg.

The Young Performers’ Edition of The Wizard of Oz is specifically tailored for primary school and junior secondary school aged children. 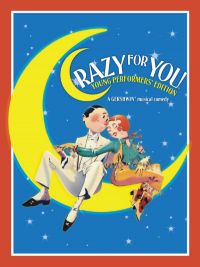 Crazy for You — Young Performers' Edition.

Music and Lyrics by George Gershwin and Ira Gershwin

For all of the above.

Royalty: Flat fee of only A$180.00 per performance for schools and small youth group productions with a seating capacity of up to 300 seats. 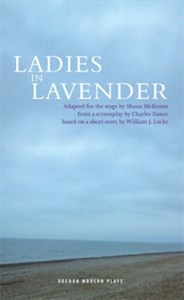 Adapted for the stage by Shaun McKenna; Based on the film written and directed by Charles Dance, from a short story by William J. Locke.

Currently playing at The Ensemble in Sydney.

An evocative, heart-warming story of unfulfilled dreams and unrequited love.

When a handsome and talented young Polish violinist bound for America is washed ashore, the Widdington sisters take him under their wing and nurse him back to health.

New to ORiGiN from Playscripts

Combining the gut-wrenching plot twists of Game of Thrones and the soul-numbing despair of Shakespearean tragedy, this adaptation of King Lear will leave you dying with laughter as the body count mounts. 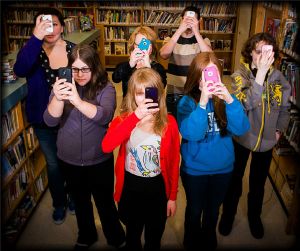 By Bradley Hayward
1M, 3F (or 4M or F). Short Play, Dramatic Comedy, Contemporary.
It's senior year and problems are mounting for a group of high school students as they prepare for the future. Facing bullies, parents, pressure, sickness, and their own self-judgement, the characters search for ways to stand out. 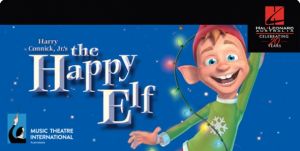 Eubie the Elf is on a musical mission to bring Christmas cheer to a town on Santa's naughty list.A new musical comedy by Grammy Award-winning and TONY Award-nominated composer and lyricist, Harry Connick, Jr., The Happy Elf tells the tale of Eubie the Elf, a lovable fellow who wants to spread Christmas joy throughout the town of Bluesville. Hoping to introduce a new generation of children to the joys of jazz, Connick has crafted a musical landscape against which Eubie's story unfolds. Families will love this festive tale of overcoming adversity, friendship, the power of positivity and believing in yourself.

“Swung on to the Everest Theatre stage with all the love and laughter that one would expect from Sue Fabisch’s insightful, tongue-in-cheek lyrics and foot-tapping rhythms.” Carol Wimmer Stage Whispers.

Having a baby is just the beginning…motherhood is for life. Four women share their insights, challenges and pleasures at a baby shower. You’ll get a peek into the powerful friendship of Amy, a soon-to-be first-time mom; Brooke, a hard-working lawyer; Barb, a stressed-out mother of five; and Tasha, a single mom seeking to balance work, her family and her divorce. 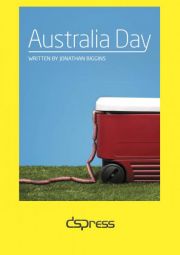 "A charming comedy...full of up to date gags and finger on the pulse problems." Sydney Morning Herald.

After several tours of duty as an Australia Day Ambassador in regional NSW Jonathan Biggins' initial scepticism about celebrating the national day melted like a Lamington in the mid-day sun.  It showed him the warmth, dedication and quiet patriotic pride of the organisers and the towns they served. 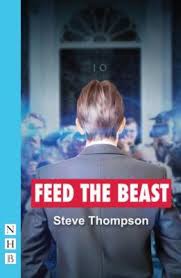 By Steve Thompson
Cast: 5f 7m doubling (large cast possible)
Set: can be simply staged
Feed the Beast is a fiercely funny look at the rocky relations between our press and politicians in a world of spin doctors and Leveson Inquiries. Michael is moving into 10 Downing Street and there will be no charm offensives with this Prime Minister, not with a country to run. 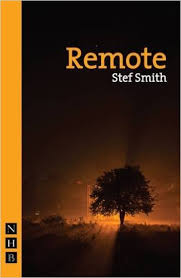 By Stef Smith
Cast: 4f 2m 1 f or m, non-speaking extras
Set:Set in a park, with a tree you can climb
Over the course of one autumnal evening, seven teenagers' lives intertwine as they make their way through the park. And everything that seemed normal becomes extraordinary.
A play about protest, power and protecting yourself, Remote was commissioned as part of the 2015 National Theatre Connections Festival and proved enormously popular. 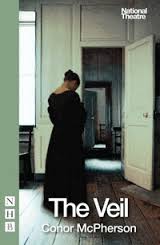 By Conor McPherson
Cast: 5f 3m
Set: Single built interior
Set around a haunted house hemmed in by a restive, starving populace, The Veil weaves Ireland's troubled colonial history into a transfixing story about the search for love, the transcendental and the circularity of time.

Something’s going down – down in CREEPYTOWN!”

Want to creep out your audiences? Here’s a new musical crawling with vampires, witches, zombies, werewolves – great leads and plenty of chorus groups. When a shy, vegetarian vampire meets an adventurous, outgoing human, she sees a chance to realise her dreams of escaping her crazy vampire world and her monstrous parents. Meeting at the dental clinic recently opened by Jane’s square and well-meaning parents, the two make plans to escape Creepytown forever!

With an 11-track original musical soundtrack, and great chorus opportunities, Creepytown is a fun and action packed show which is sure to bring the house down – not to mention sending your make-up department into a frenzy of creepy creativity! Rights, online ordering, and free song, music and script samples at www.maverickmusicals.com 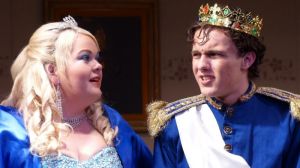 It’s about what happens when Prince Charming and Cinderella arrive back at the palace after their fairy-tale wedding.

"The audience left the theatre with huge grins etched onto their faces which surely would of lasted until the next morning." 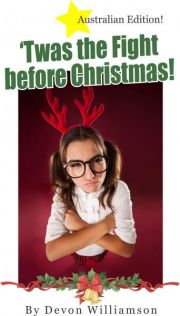 ‘Twas the Fight Before Christmas.

Cast: 4 Female / 2 Male
Length: 2 Acts (110 minutes)
Genre: Comedy
Think your family is complicated? Meet the most dysfunctional family you can imagine as they try to navigate Christmas. Peace on earth and good will to all men? Not likely!

Ever since her husband died, Mary’s horrible adult children have been ruining Christmas. This year, with the help of a suicidal French psychiatrist, Mary is determined to take Christmas back.