The exhilarating true story about a struggling shoe factory that will lift your spirits to high-heeled heights.

Kinky Boots is full of opportunities for a theatre to flex its artistic muscles with elaborate costumes, exhilarating choreography and a moving and powerful story.

Currently available for Community Theatres in Australia only.

Green Day's powerhouse album is brought to life in this electric-rock musical of youthful disillusion.

Johnny, Tunny and Will struggle to find meaning in a post-9/11 world. When the three disgruntled men flee the constraints of their hometown for the thrills of city life, their paths are quickly estranged when Tunny enters the armed forces. 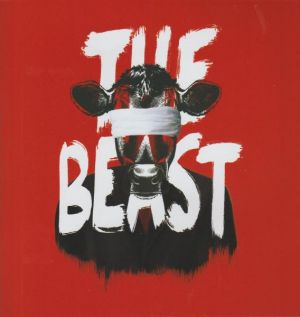 After surviving a nasty near-death experience, a group of close friends wipe the slate clean and embrace a tree-change, living a sustainable life in the country. But nature isn’t always so welcoming, and when the friends are faced with the pressing task of killing a young cow, a chain reaction begins that will see them confront some ugly and shocking truths.
Commissioned by the Melbourne Theatre Company in 2013, then revived for a national tour in 2016, this is a cutting, modern day satire that tears our notions of morality to shreds with a hilarious rant on urban culture, organic lifestyles and infidelity. 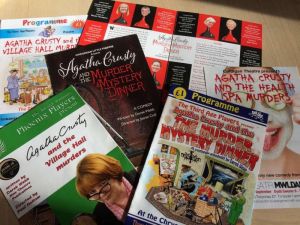 Agatha Crusty (pronounced Croosty) is a crime novelist. She's also pretty adept at solving crimes. And when her sister-in-law Alice invites her to spend a few days with her in the village of Chortelby, it's not long before she gets caught up in a series of murders which seem directed at members of the All Saints Village Hall committee.

With an investigating officer as incompetent as D.I. Twigg, there are plenty of laughs.

"This is a play that is going to delight anyone who revels in a traditional comedy/murder with lots of witty lines and funny scenes. But there is also a genuine murder plot." Amateur Stage Magazine review December 2013

New Plays on the Market.
For those choosing a play to stage, here is the latest on new releases. New Play Releases from Dominie... more

New Musicals on the Market.
For those choosing a show to stage in your theatre or school, here is the latest news on new releases. ORiGiN... more
Agatha Christie's The Mousetrap Available for Amateur Production
It appears that a professional producer has noted the success which amateur companies are having across the country... more

Stephen Sondheim Turns 80
So what do you give the music theatre composer who has everything? He already has an Oscar, a Pulitzer, multiple... more