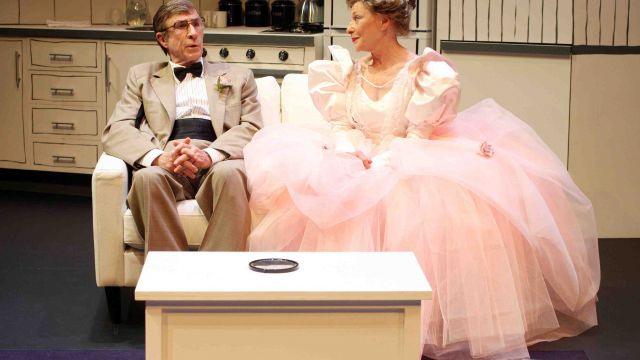 Dominie Drama is thrilled to announce the release of Duets by Peter Quilter
Now available to the amateur theatre community of Australia!
Soon to be published by Samuel French Ltd., Duets is a new comedy by the writer of the Australian theatre hits Glorious! and End of the Rainbow. This hilarious, heart-warming play examines the chaotic world of modern love and relationships.

Four sets of characters, four crucial moments; Jonathon and Wendy are on a blind date and hope their bad taste is only in their clothing and not in a prospective partner; Gary is gay and Janet wishes he wasn't; Shelley and Bobby are divorcing on a holiday in Spain but drunk on emotion; Angela is about to marry for the third time and brother Toby hates the dress, the groom, the party and only wants the best for her—really.

A gloriously funny examination of love, relationships and why the grass is never greener in a fast, furious and hilarious tribute to humankind. If you like Neil Simon you’ll love this!

Though written to be produced in its entirety, Duets may also be performed as four separate one-act plays.

Image: Duets was an enormous hit recently at the Ensemble Theatre in Sydney, starring Barry Creyton and Noeline Brown.
Photograph by Steve Lunam