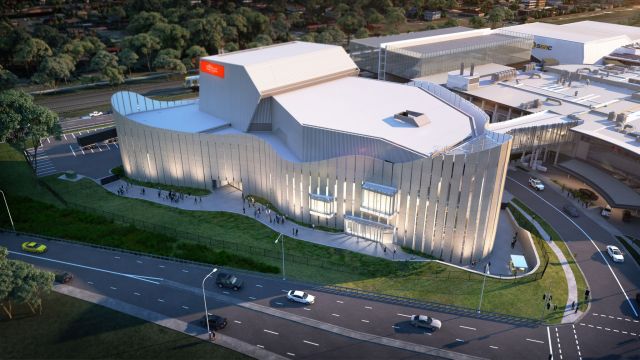 Patrons may also need need sunglasses to protect from the glare of the stars who will open the venue - commencing with the ‘Keith Urban and Friends’ concert on Saturday 21st December.

The Media Launch, attended by over 300 representatives of the entertainment and allied industries sat in high vis vests on the Coliseum stage, surrounded by scaffolding, to hear West HQ Executive Officer Richard Errington announce the outstanding line up of performances that will introduce this incredible new venue in the Greater West to Sydney audiences.

Leading up to the opening, there is a stunning line up of other Australian ‘greats’.

‘Swing King’ David Campbell with the amazing Sydney Symphony Orchestra will be there on 12th and 13th December.

Tina Arena will grace the stage on Dec 14th and 15th. 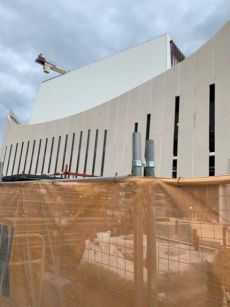 Moonee Ponds celebrity Dame Edna will greet her ‘possums’ on Dec 18th and 19th in “My Gorgeous Life”.

And the much-loved, eclectic singer-songwriter John Butler will perform on 20th December as a curtain raiser for the Grand Opening.

What a line up! And that’s just the opening!

Find information on the venue and Wait List at www.sydneycoliseum.com.au – and keep reading for the story of …

A curved, white panelled building stretches high into the skyline beside a local social club. A huge multi-storey car park is being built nearby. Traffic controllers in vests and hard hats direct cars and marshal pedestrians along makeshift walkways. Cranes and scaffolding abound.

It’s a typical Sydney scene, however this isn’t the city. The railway station says it’s suburban Rooty Hill, but signs all around announce that this is West HQ, the eight-hectare multi-faceted lifestyle complex that is the ‘in’ destination for entertainment, fitness, lifestyle and accommodation in Greater Western Sydney.

The impressive, elegant new building, funded by the iconic Rooty Hill RSL, is the newest addition to this busy precinct and will be Sydney’s next great arts venue – The Sydney Coliseum Theatre – a state-of-the-art entertainment facility which is set to attract the ‘big shows’ that Sydney has often missed out on in the past. 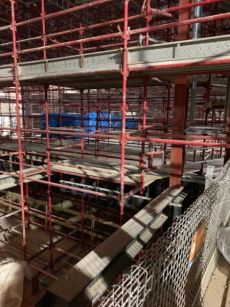 Cox Architecture designers have meticulously developed the complex to be a major Western Sydney destination. In lyric form it will be a 2000 seat theatre presenting full-scale musicals, dramas, symphony orchestras and ballets. When the seating is retracted, it becomes a concert venue for 2200, or a conference/banquet centre for as many as 650 guests.

Tim Morgan, the Design Director, describes the building as evolving from “the existing surrounding curves”, its flowing façade a metaphor for the curtain that sweeps across the stage. Nuraishikin Salleh, the Project Architect sees this as reflecting the freedom and fluidity of the arts. As they describe the building, they emphasise that grace and sophistication have been as important as functionality in its design. Though the very most contemporary ideas and materials have been used, Cox’s imaginative architects have ensured that the Sydney Coliseum will still have all the romance and allure that is ‘theatre’

A light-filled, crystal bridge will lead from the club into the grand serpentine staircase and on to the various levels of the theatre including the great, open foyer that follows the curve of the building. A skylight high above will allow light to filter in by day. A huge glass chandelier will twinkle above it at night. Eight bars, including an outdoor cocktail bar, will ensure little waiting time at intermission, and the grand foyer bar can also be used as a performance space.

On a more practical level, there will be free car parking for over 2000 cars, multiple food outlets, easy access for those not able to use stairs … and more female toilets than any other theatre! And for those who don’t want to drive, there are rail and bus services right next door.

Accessibility and space are keywords for The Sydney Coliseum Theatre – not just for the theatre-going public, but for producers and technicians … performers. 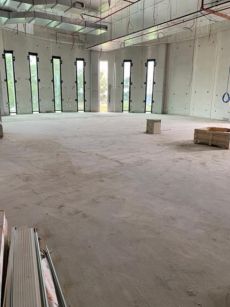 Designated access roads will allow sets, props and musical instruments to be unloaded/lifted straight from trucks into the spacious back stage and workshops areas. Nearby, the 9 by 15 metre proscenium arch reaches above a 15m by 14.7m stage with an 80 line fly system. The orchestra pit below will seat 30 musicians.

The production room, and the rehearsal room, which has the same dimensions as the stage, have direct access to the stage – and, the 11 dressing rooms, some large, some small, all with bathroom facilities, are surrounded by long windows letting in natural light, rather than being tucked away in long, dark corridors!

The theatre will be equipped with best practice technology. This means there will be full immersive sound and acoustic design and the very latest sustainable LED lighting including sufficient lights to provide 360 lines for lighting scenes. It will be a sound and lighting designer’s dream, an operator’s paradise!

Sydney Coliseum Theatre Executive Director Craig McMaster is confident the theatre will attract not only the big shows that existing Sydney theatres can’t get, but audiences from right across the metropolitan area, and that it will be a bench mark against which other national theatres will be judged.

“We've had an overwhelmingly positive response from producers and promoters who have been blown away by the scale, quality and amenities of the building”, he say