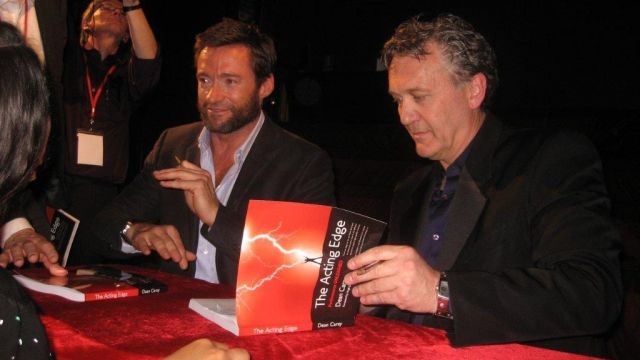 Stage Whispers TV has devoted an episode to the launch of The Acting Edge by Hugh Jackman.

THE ACTING EDGE is a world-first – a practical and comprehensive program with tools for actors and aspiring actors and those interested in the craft.

The author Dean Carey is known as the acting teacher to the stars.

DEAN CAREY started Actors Centre Australia in Sydney 25 years ago and Hugh Jackman himself is a former student and Centre patron.

Together they officially launched THE ACTING EDGE book and program and celebrated 25 years of the Centre.