If at first you don’t succeed. 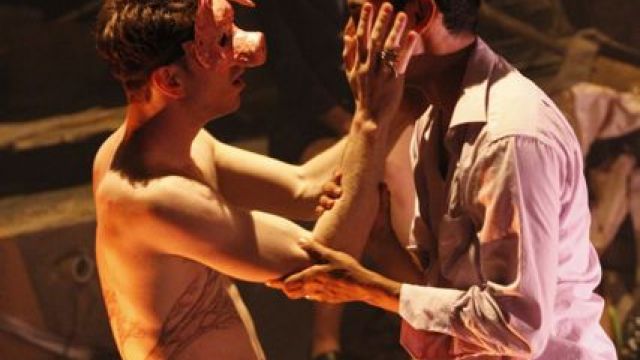 Getting into an elite theatre course takes lots of persistence. Robert Walton the Lecturer of Theatre at the Victorian College of the Arts spoke to Lucy Graham about what sort of student is accepted into the VCA.

Few people are offered a place the first time they audition for the VCA. The audition process not only looks at whether applicants can ‘act’, but also whether they have something to say.

“Getting help and life experience is very important. The audition is designed to give you a taste of the course. When you first come it’s so nerve-wracking – we’re aware of this – but you should know that everyone is trying to make it as pain-free as possible,” said Robert Walton.

“It’s run as a workshop, you can see everyone else’s work, and learn from them. You have to do a Shakespearean monologue and say something about yourself in a performance.

“You shouldn’t be disheartened if you don’t get in. Last year I saw someone, and it was his eighth audition in a row. And he didn’t make it. Last year we had a graduate who’d auditioned when he was eighteen, realised it was what he wanted to do, but saw in himself that he wasn’t ready.

“He went away, did a whole law degree – became a lawyer – then was able to come back and pay for the course. He graduated last year and is in Patricia Cornelius’s new show. That maturity really helped him grow and work out what he wanted to do.

“If people can think of anything else to do with their lives, they should just do that. It really is a professional vocation wanting to become an artist, wanting to become an actor. It’s no star factory or a direct way to a job. It doesn’t mean you’ve made it if you get into VCA. You just feel like you’ve achieved something for a few minutes, and then you realise you’re in this room with all the other best people in Australia.” 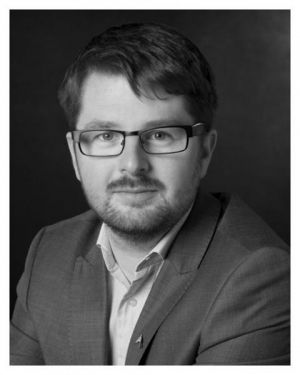 Robert Walton first studied physics, mathematics and computing, but realised he ‘had to do theatre because that was my real joy’.  He spent 10 years in Glasgow, Scotland, during which he became Associate Head of Performance at the Royal Scottish Academy of Music and Drama, teaching a contemporary performance practice course.

He believes one of the most significant changes in contemporary theatre is the shift from a passive audience, to one that is part of the process.  To become a barometer of the times.

It is, he says, “an artist’s job to look more closely. This idea about the artist is embedded in the course.”

“The biggest issues facing us are technology, climate change and sustainability, population growth and accessibility. We can’t pretend that these changes aren’t happening. This is our time.”

By engaging with contemporary issues, Walton says the students become “mature, extraordinarily expressive, fiercely independent, full of ideas about what the world could be and should be, and wanting to share those ideas with the world”.

But in case you’re thinking the VCA’s theatre course is all about new innovation, Walton is at pains to point out otherwise.

“We are really trying to tune in to the riches of world culture like Shakespeare, and Chekov, the ancient Greeks, and practices of Australian aborigines. Traditional theatre is still a big part of the course. In most places drama school you get straight acting and contemporary course that are two separate things, but what is working well here is this interweaving of the best of both. It’s very intense, and requires a maturity from the students. They need to be good at a lot of things.” 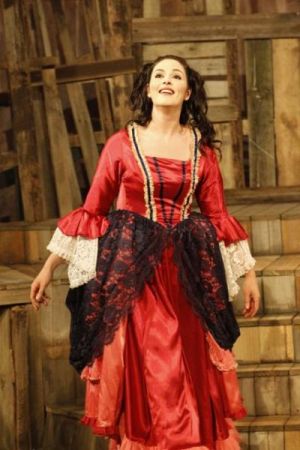 “We are trying to develop artists, and lay the foundation of a lifetime in arts practice. That’s sometimes in industry: film, TV, large scale commercial theatre.  But the course is also about people who are going to contribute to Melbourne’s vibrant theatre scene, put shows on themselves, collaborate with new writing, invent new ways to interact that we haven’t thought of yet.”

VCA’s Theatre Practice course is strenuous. Students are engaged from 9am-6pm for five days a week with Tuesday mornings off. But during performance season, students need to stay until 9pm.  I wonder aloud how students can engage with community given such a monastic existence. Walton nods at the question.

“It’s like Sister Act. They start off not doing anything in their community and they’re in their ivory tower. But then by the time ‘Whoopi Goldberg’ has finished with them they’ve got a new garden and they’re much more a part of the community. I constantly question the students from semester one with this question from Brecht: What will you do to make the world a better place?’

And then there is the “15 Weeks Project” where students take pause 15 weeks into the course to ‘look above the parapets to see what’s been happening’.

“They make a performance about whatever they like. There’s always big things that come up. We go in and out like that. So the students have to work in this alternating way.”

Find out more about the Bachelor of Fine Arts (Theatre) here http://vca.unimelb.edu.au/bfatheatre

Robert Walton highly recommends that prospective students see shows put on by the VCA and look into the access courses run by VCA and NIDA http://www.vca.unimelb.edu.au/events