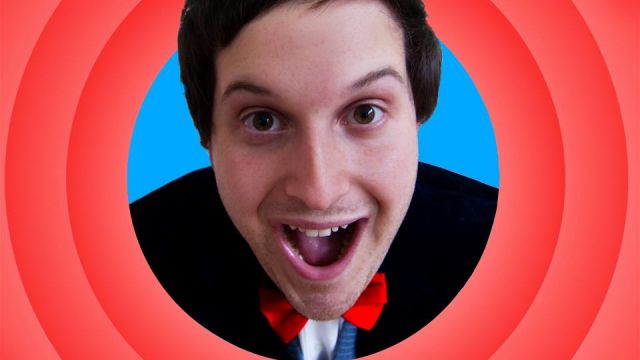 Studying Music Theatre at the Australian Institute of Music was the training ground for popular comedian Jared Jekyll.

His act is described as an unstoppable hour of beat boxing, rapping, singing, dancing, magic tricks and showmanship. His self-effacing and authentic style of comedy is inspirational, and throughout the show he upheld a whimsical presence and relationship with the audience.

Jared has been performing the comedy circuit for two years. A career highlight for him thus far was securing an act at Festival Club, a late night mini gala of the best and most interesting acts performing to a 300+ sized audience of passionate punters.

“I was lucky enough to be asked to close the second Sunday Night Lock In,” says Jared. “This one specifically was a variety/musical comedy night and the calibre was high.”

“I use a loop pedal and vocal percussion in my show with splashes of singing, so in that aspect I am using instruments … I also occasionally tend to do stand up concerned with the concept of musical genres with hip-hop and electronic subsets being favourites of mine.”

Studying Music Theatre has helped Jared realise his true strengths as a performer. From being cast as Rodney, the flamboyant, Cockney hairdresser in the musical Dusty The Original Pop Diva, to his cabaret-laced-with-stand-up-comedy graduating recital, Jared developed his comedic flair.

“I was told numerous times I had a very commanding and charming vibe on stage … My forte was definitely comedy. I had good timing or something, and also wasn’t afraid to go to ‘weird’ and funny places.”

Whilst Jared’s penultimate dreams have been somewhat realised, Jared looks forward to continuing to write cabarets for “undiscovered Music Theatre diehards”. He recently collaborated with Music Theatre alumni Jennifer Reed, as he wrote and directed her show Jen & John.

“I also wish to write the libretto for original musicals, and hopefully one day have a show on Broadway, or Off-Off-Off Broadway. That would be just as nice,” he says.

“My ‘ultimate’ dream must be left up to my ever-growing self-sabotaging subconscious. “He” probably wishes I was in my eccentric silver-foxed mid 60s, grooving in some fancy hotel somewhere along the French Riviera, completely intoxicated from inhaling copious quantities of Tom Collins’ and then throwing high class escorts out of television sets... Or, more classically the latter out of windows. Whichever happens first.”