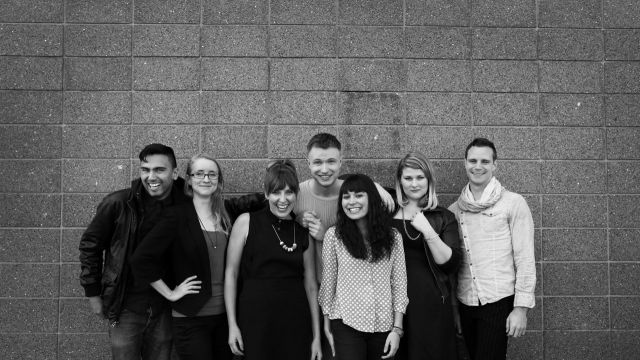 This November will see a showcase of daring new work from the next wave of emerging Australian directors: NIDA’s Masters of Fine Arts (Directing) students.

Directors’ 2014 Productions is a series of vibrant and thought-provoking work that ranges across fresh adaptions of classic stories, new Australian plays and original productions of German theatre.

Dr Egil Kipste, Head of Directing at NIDA, says the season delves into a number of different performance practices, experimenting with genres as diverse as circus, film, cabaret and opera.

“These productions are a culmination of the student’s hard-work throughout the year and a testament to the broad range of skills they have mastered,” commented Dr Kipste.

“The course aims to enrich the directing process and equip each student with a toolkit of techniques to help develop their own voice. I can say with confidence that this group has passed with flying colours!”

The six plays and short film will be brought to life by a full ensemble of current NIDA students, NIDA alumni and guest artists, highlighted by rich creative backdrops, costumes and technical design.

Come and see this exciting group of young directors who are sure to be tomorrow’s creative game-changers.

NOTE: The productions are presented in two concurrent programs in the Studio and Space venues

By Sophocles. Translated by Robert Bagg.Directed by Alastair Clark

Conflict has infected Thebes. A civil war marred by foreign intervention has devastated the city. Kreon, brother-in-law of the infamous Oedipus, assumes power in order to resist anarchy and restore peace. He demands that the body of the traitor Polyneikes is to be left unburied. A single voice – resolute and female – says ‘no’.

Through fragmented memories and dreams, an ageing poet recounts the mistakes of his youth. As a young man, he abandons his fiancée to venture into the winter’s night, driven by the fear that she has been unfaithful. In his isolation, he is plagued by hallucinations of his beloved traversing the icy landscape in search of him.

The Death of Abel

Since the beginning of time man has killed man. On a night that’s been a long time coming, estranged brothers Cain and Abel meet to mourn the death of their father, share a glass of whiskey and settle a score that dates back an eternity.

This adaptation of Dorian Gray picks up the story after the suicide of Sibyl Vane, whom Dorian callously casts aside when his infatuation with her evaporates. Abandoning himself to hedonism under the decadent philosophy that ‘Truth is beauty, and beauty truth’, his life becomes increasingly unhinged and corrupt.

‘The king, in sleep, in imagination, dreamt of feasts, closed his mouth on vacancy,

Exercised his gluttony on insubstantial food,

And fruitlessly ate the empty air.

And always by eating, he creates an empty void.’