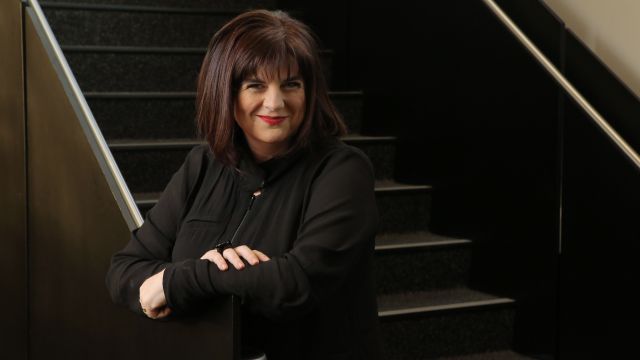 The National Institute of Dramatic Art (NIDA) today announced that Kate Cherry will step into the role of Director and Chief Executive Officer from November 2016. A passionate arts leader and accomplished theatre director, Kate joins NIDA from Western Australia’s Black Swan State Theatre Company where she has been Artistic Director and joint-CEO for nine years.

Chair of NIDA’s Board, Jennifer Bott AO announced Kate’s appointment, commenting: ‘Following an extensive and competitive global search, the Board and I are delighted to announce Kate as our new Director/CEO.’

‘It is particularly important that one of Australia's most creative leaders is taking on the role as head of our national centre for education and training in the dramatic arts. This will have great benefit to our current and future students, and the impact our graduates continue to make on the national and international stage.'

‘We had an extraordinarily strong field of candidates to consider for the position, which is testament to the work of our departing Director/CEO Lynne Williams and the high regard that NIDA is held within the industry.’ Kate commented that she is honoured to be joining NIDA: ‘Rich in history, NIDA has played a profound role in shaping Australia’s cultural life. Coming from three generations of Australian theatre makers, I am passionate about building on NIDA’s extraordinary history and networks: enhancing our culture by igniting creativity, inspiring passion, and creating opportunities for dynamic inquiry into our art form.’

‘At a time of profound transition for the arts, I look forward to joining a leadership team with strong ties to the profession, exploring new collaborative opportunities with organisations across Australia,’ she concluded.

As Artistic Director and joint-CEO of the Black Swan State Theatre Company from 2008–2016, Kate has been attributed with re-invigorating the company. Her tenure has seen unprecedented growth – with subscriptions and single tickets sales doubling, sponsorship figures tripling and philanthropic contributions increasing fourfold – as well as the company’s successful transition to Western Australia’s first state theatre company.

Prior to taking the role at the Black Swan, Kate worked as a freelance director across theatre and opera, and was associate director at Melbourne Theatre Company from 1999–2005. In this role, she was responsible for some of the more heartfelt and political work of the company including the original commissioning of The Sapphires and the multi-award-winning, world-premiere production of Life After George (2000 winner Helpmann Award for Best Play and nomination for Best Director). Prior to this she was Playbox Theatre's (now Malthouse) artistic associate for three years. With teaching experience in Australia and internationally, Kate has held the positions of visiting professor at Colorado College and the University of California Los Angeles (UCLA), both based in the United States. She has taught at WAAPA, VCA and QUT, in addition to working with NIDA students as a guest director. Kate graduated with a Bachelor of Arts in English Literature from Bard College, New York, and then pursued a Master of Fine Arts in Directing at UCLA. She also became a Drama League Fellow, and assisted Oskar Eustis on the first production of Angels in America.

Founding Patron of Black Swan State Theatre Company, Janet Holmes à Court AC commented on Kate’s appointment, ‘Kate’s commitment to young artists has been one of the driving forces in her artistic direction at Black Swan. With her new position at NIDA, Kate will now have greater impact on the national stage, guiding the next generation of creative leaders.’

Black Swan State Theatre Company’s Patron Sam Walsh AO continued, ‘After Kate’s successful leadership at Black Swan, it is rewarding to see her recognised with a national role. I know with her inclusive style and her willingness to challenge artistic boundaries, NIDA will continue to achieve great things.’

Kate will relocate from Perth to Sydney, commencing the role in November 2016, and will work alongside NIDA Deputy Director, Michael Scott-Mitchell.

Hot Tips on Resumes
APS Arts Administrator Julia Landberg shares some tips on creating an effective actor’s resume. Do you ever feel... more