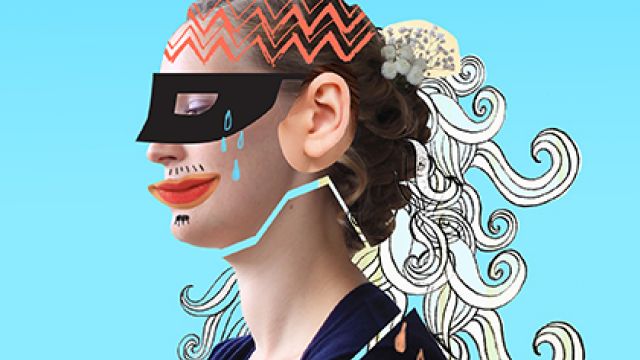 Paper Cuts- a new collection of thirty-six contemporary, character-driven monologues for actors aged eighteen to eighty - has recently been published by Blemish Books. This monologue provides a taste of Kirsty Budding’s comedy and quirky insight into love, relationships and other idiosyncrasies of modern life.

Playwright’s suggestion: choose a woman in the audience and address the monologue to her.

I have to tell you! I’ve run all this way to tell you that I’m— so in love with you. I can’t stop thinking about you. It’s awful. I can’t get any research done. The lab’s a mess. Nothing’s growing in the petri dishes. I was fine before I met you and now I’m just… incomplete.

So, marry me? No. Too soon. We should probably go on a date first. My research indicated that several dates are customary prior to discussing a long-term relationship. I don’t mean to assume that you would say yes; in fact, I’m aware my odds are roughly equivalent to the odds of discovering alien life within the next ten years, but I’ve planned for every eventuality.

I may be misreading your non-verbal cues, but you seem confused. I’m sorry; I swear I did everything I could to avoid this moment. I tried giving up coffee and walking a different way to work and throwing myself into my research but god… your face. The way you wipe steam off your forehead when you’re frothing milk. The way you shake chocolate onto my mocha. The way you say, “Mocha for John” even though my name’s Ron. 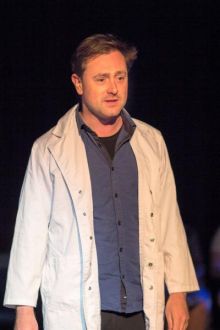 And your smile; you smile with your eyes even when you’re not smiling. Every night I lie in bed staring up at the ceiling and I see your smile. Sometimes you wave down at me, like this (waves). And I keep imagining the scene of us getting together; we make out right over there next to the napkin dispenser.

I shouldn’t have told you that. It’s not just physical. You’re perfect in my eyes, both biologically and in the sense that you have a beautiful soul. The soul isn’t real, biologically; I just mean that you’re a good person. I’m trying to be romantic because, according to the internet, women like that.

Helen – I hope your name badge is accurate – Helen, when I first saw you, I finally appreciated the wonders of science. Evolution took place just so that one day, someone as beautiful as you could exist. The laws of physics; gravity itself seems to have been designed with the sole aim that you might one day fall into my arms. And penicillin wasn’t discovered by accident: Alexander Fleming wanted to make sure I wouldn’t lose you to a bacterial infection.

But over the past few weeks, I’ve also felt the limits of science. Because I can’t rationalise this. I can’t quantify or measure it. And I’ll never be able to talk about my feelings for you in cold, objective language. I’m biased and it feels amazing, and I’ll gladly produce skewed results for the rest of my life if it means I can spend it with you. The controlled variable, the thing that will never change, is my love for you. But without you, I’m just a hypothesis. 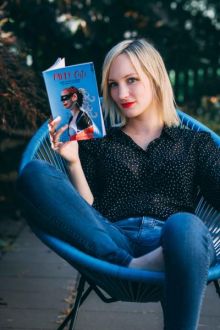 ’m trying to be romantic. Is it working? I assume so as you seem to have been rendered speechless, (noticing the audience) along with all your patrons.

I don’t really know what to say now… dating etiquette baffles me and the advice I got on Reddit was very confusing, but here goes:

Helen, would you like to have a coffee with me?

Kirsty Budding works in Canberra as a theatre producer and teacher. A graduate of the Australian National University, Kirsty has won several local playwriting awards and was a semi-finalist in the 2017 ScreenCraft Short Screenplay Contest, Los Angeles.

Kirsty has previously had work published in The Voices Project anthology by Currency Press. For updates on her work, head to www.kirstybudding.com.au