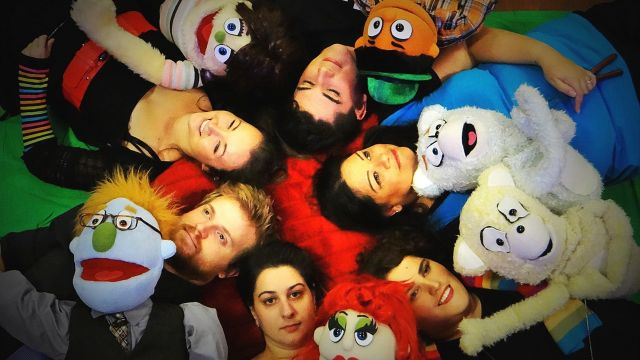 A NAUGHTY musical romp through the ABCs of life – described as “Sesame Street for adults” – is the March 2016 offering from Dark Psychic Productions in Hmilton Hill, WA.

Directed by Jayde Clark at Phoenix Theatre, Avenue Q is an outrageous parody that is confronting while having a child-like direct and honest appeal.

The musical focuses on the life of Princeton, who finishes university and moves out into the big wide world.

It features 11 puppet and three human characters and is performed with the puppeteers visible, using several different types of puppets.

“The combination of both human and puppet characters makes it okay to say and sing the crude humour present in the show,” Clark said. “Avenue Q is fun and wild with catchy songs that make you want to join in. 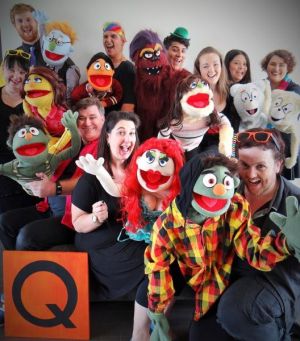 “It has hilarious, sad and ‘OMG you just said that!’ moments, which just made me want to bring this musical to life.

“The combination of different types of characters and amazing music makes you want to be involved in the show.”

Involved with Phoenix Theatre since 2012 when she appeared in the Australian premiere of Virgin Warrior, Clark went on to direct The Mocky Horror Monster Ball and has served as vice president and president of the theatre’s committee.

In 2013, she co-directed Maul of the Dead and appeared in When The Lights Go Down and Sorority House of the Dead, also directing Cosi and choreographing The Brain From Planet X in 2014 and performing in Zombie Prom last year.

She is also no stranger to Avenue Q, appearing in a 2012 Roleystone Theatre production.

“The first time anyone works with puppets is a challenge, from the actors’ movements through to connecting with the audience and others on stage,” Clark said.

“The actors and puppets need to come together as one person so the audience is watching one entity, not two. 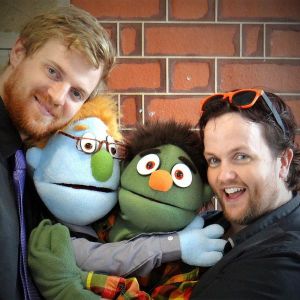 “On top of that, you have to add dance moves into the mix, making it a Ben Hur-type challenge – but my cast is up to it.

“You also need to draw that fine line between making fun of things but not completely offending the audience.”

The production is supporting Lifeline through raffle ticket and program sales and collections made during The Money Song.