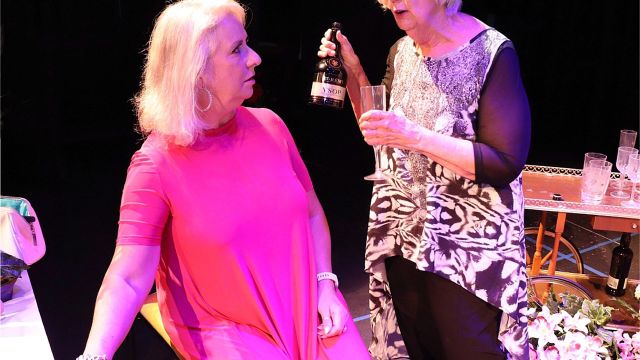 STIRLING Theatre (WA) is starting its 50th year in 2020 with a farewell performance, as seen in the play The Actress, with a famous stage performer deciding to retire.

Written by Peter Quilter and directed by Carryn McLean, the touching comedy is set in a dressing room with the family of Lydia Martin – including her ex-husband, theatre colleagues and fiancé – wanting to wish her well.

Humour and biting comments come thick and fast but, despite Lydia’s determination to retire, she realises she still has a few issues to sort through in her mind.

Playwright Quilter is known for his Broadway play End of the Rainbow, adapted into the 2019 Renée Zellweger film Judy.

“I have read a couple of his scripts including Glorious! and Curtain Up and I like the fact Quilter’s characters are real and have depth,” McLean said.

“He exposes their vulnerabilities as well as their humour.”

After joining Patch Theatre in 1967, McLean became a founding member of Stirling Theatre in 1970 and has appeared in numerous plays with the company over the years.

She was made a life member in 2000 and has also directed No Time On, Saving Ardley, Anne of Green Gables, Little Women, Two Weeks with the Queen and It’s A Wonderful Life. With Limelight Theatre, McLean has stage-managed several shows including 42nd Street, Crazy for You, Half a Sixpence, Sunset Boulevard and Gaslight, also directing The Darling Buds of May in 2015.

In 2017, she received the Susan Hayward Award for Best Director of a Play for her production of Moonlight and Magnoliasat the annual Finley Awards.

McLean’s latest show is providing various challenges, mainly due to a split set – one section is Lydia’s dressing room and the other is the stage for Chekhov’s The Cherry Orchard, the last show Lydia is appearing in.

“Trying to place the furniture so audiences can see the action in both sections, through the various pieces on the dressing room set, has been a case of musical chairs,” she said.

“Stirling Theatre has a reasonable stage area but the wings are about a metre wide so we’re really at our limit on the stage area.

“Three of the main actors also appear in two scenes from The Cherry Orchard – switching from modern to Russian characters while needing to present them as different roles is going to be interesting.

“I have a very talented and experienced cast and am enjoying working with them during our rehearsals.”