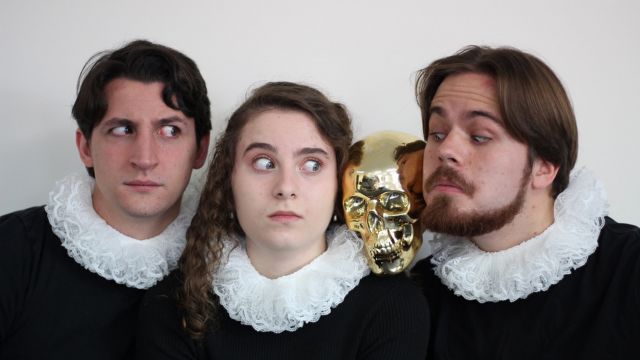 Shakespeare may be turning in his grave, but this show (which has become a cult classic) contains all 37 of his plays – plus his sonnets - in just 97 minutes!

As the comedies aren’t anywhere near as funny as the tragedies, all sixteen have been condensed into ‘Four Weddings and a Transvestite’, the history plays are transformed into a game of football, Othello is performed in rap and Titus Andronicus becomes a TV cookery programme. For the finale, Hamlet is staged first as a psychological exploration of Hamlet’s Ego and Ophelia’s Id, then performed in a matter of minutes and, for the finale, performed backwards.

The cast of Eleanor Petricevic, Luke W Shepherd and Logan McArthur are directed through this comic caper by Jess.

The Complete Works of William Shakespeare. Abridged. With a few liberties. For lovers of Shakespeare everywhere. 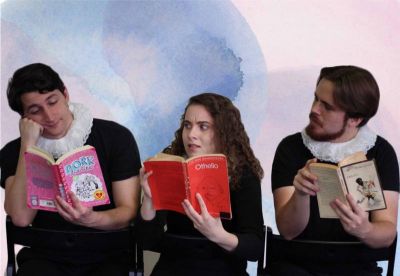