The Mousetrap for Adelaide 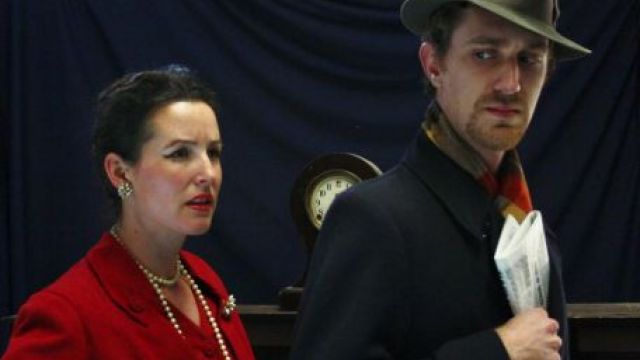 The Therry Dramatic Society in Adelaide will be presenting Agatha Christie’s iconic murder mystery, The Mousetrap, opening on Thursday 1 September at The Arts Theatre, for a 3 week season (season extended by popular demand).

The Mousetrap opened in the West End of London in 1952 with Richard Attenborough (now Lord Attenborough) in the lead, and has been running continuously since then. It has the longest initial run of any play in history, with over 24,000 performances so far. It is the longest running show (of any type) of the modern era. The play is also known for its twist ending, which at the end of every performance the audience is asked not to reveal.

The Mousetrap has notched up more than 24,000 London performances. Christie herself did not expect it to survive so long. In her autobiography, she reports a conversation she had with the play’s inaugural producer, Peter Saunders. “Fourteen months I am going to give it,” said Saunders. To which Christie replied: “It won't run that long. Eight months perhaps.”

The action takes place in 1952 at an isolated guest house, Monkswell Manor, as the owners (Giles and Mollie Ralston) welcome their first occupants. Snow is falling fast, the pipes are gradually freezing up, and on the radio there is the announcement of a grisly crime in London.

The first four guests are expected, in accord with their advance reservations. Two surprise arrivals follow – one as the apparent consequence of a motoring mishap, the other (a police officer) in pursuit of the perpetrator of the crime.