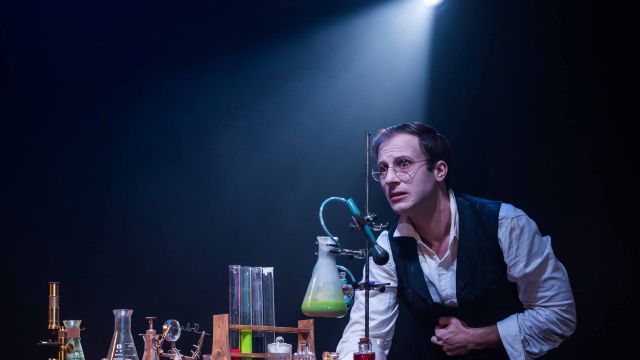 Castle Hill Players begin their 2020 season with The Strange Case of Dr. Jekyll and Mr. Hyde, playing from January 31 to February 22. You may know the story but you’ve never experienced it like this! Noah Smith’s intimate adaptation of Robert Louis Stevenson’s classic blends drama and horror to create a unique, spine-chilling night of theatre.

It is Victorian London, 1888. Dr Henry Jekyll, a brilliant and respected scientist - shy and unassuming - is content with his reputation as a moral, upright citizen. Or so it would seem. Frustrated by his dull normalcy and intrigued by the notion of the “dual nature of man”, Jekyll secretly creates a formula to unleash his hidden, bestial nature. Edward Hyde is born! The brutish, magnetic Hyde indulges in drink and debauchery while Jekyll’s life of propriety continues – until Hyde’s passions begin to turn up a body count.

Director Paul Sztelma says of the play: “This adaptation by Noah Smith struck me straight away as something special, especially the pure theatricality of it. It’s an old story told in a new way that’s visually and technically exciting. Theatre-goers will find themselves steeped in another world, not quite the Victorian England that they’re used to seeing. A world of Penny Dreadfuls and ‘Grand Guignol’ horror.”

Paul has been a long-time member at the Castle Hill Players, acting and directing at the Pavilion Theatre for CHP since 1994. “I’ve made it my home away from home for a number of reasons. The care and resources that CHP put into every show are outstanding.  Our standards are high – sometimes so high that you can forget we’re all volunteers! Having our own theatre where we can rehearse and then ‘bump in’ 4 weeks before we open, is a luxury not every community theatre group has. And of course, there are the people – a dedicated group of talented, passionate, like-minded folk who have become not just friends, but family. There are plenty of theatres closer to where I live in the inner-west but I keep returning to work (and play) at the Pavilion.”