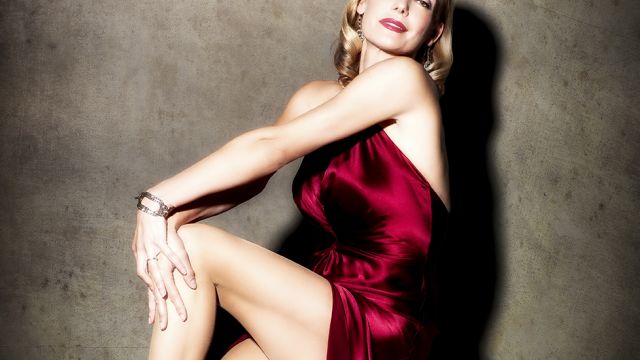 The line-up for this year’s Adelaide Cabaret Festival has been announced.

In her debut as Artistic Director, Julia Zemiro presents the 2019 program with more than 380 artists in 245 performances over 16 days and nights. Showcasing classic and contemporary cabaret, the program features 17 Adelaide exclusives, 17 Adelaide premieres and 7 national premieres by Australian and International artists from as far afield as Germany, Sweden, USA, Ireland, New Zealand, and the UK.

Zemiro invites audiences to be seduced and challenged by political provocateurs, sublime storytellers and powerhouse performances: “From glitzy and shiny through to grit and heartbreak, let what cabaret can be take you away and escape to be seen. New venues, new faces and an opening night that will surprise! I am so thrilled to launch our program so that I can finally declare the doors are open and welcome audiences in. If you love all things shiny, it’s there. If you love to laugh, or reminisce and hear a dark story, it’s there. If you love a big bold stand-alone main event, it’s absolutely there!

Adelaide Festival Centre CEO & Artistic Director Douglas Gautier AM says: “Adelaide’s favourite winter festival and the world’s largest cabaret festival is back and in its 19th year. With Aladdin and The Book of Mormon in the Festival Theatre and Her Majesty’s Theatre undergoing redevelopment, Julia and the team will deliver a transformed Adelaide Cabaret Festival. You will love their inventiveness and creativity and we look forward to celebrating with you!”

In an Australian exclusive and premiere, German chanteuse Ute Lemper will bring her show Rendezvous with Marlene to Thebarton Theatre for one night only. (pictured above - photographer: Lucas Allen) David Campbell Is Back in The Swing of Things with a world premiere featuring a 14-piece swing band and playing classics by Frank Sinatra, Louis Prima and Bobby Darin. (pictured right).

RocKwiz will also rock the Thebby with a live show - RocKwiz Salutes The Rock Musical and fresh from the Eurovision stage in Tel Aviv, Australian singer-songwriter Kate Miller-Heidke will take you where there’s Zero Gravity in an Adelaide exclusive performance.

A new late-night club - The 11 O’Clock Number - will light up The Famous Spiegeltent (another new venue). Featuring a different cabaret star each weekend, including Hans, Julia Zemiro as Eurobeat character Bronya and vaudevillian duo Hot Gin Punch, the club kicks off 11pm with a DJ and dancing until 2am.

In an Australian and festival first, award-winning immersive show The Swell Mob from the UK will transport audiences into an historical epoch and perform throughout the entirety of the festival.

Australian pop star Dami Im makes her first foray into cabaret with the show My Life In Songs at Dunstan Playhouse and Grammy award winning vocalist Ms Lisa Fischer (who has performed with The Rolling Stones, Sting, Tina Turner and Luther Vandross) takes centre stage with her band Grant Baton, performing classic rock, R&B and an aria or two. Lior with Paul Grabowski will reinvent some of Lior’s most cherished songs in an Adelaide first and sister duo Vika and Linda Bull will bring their harmonies to the stage in a world premiere, Between Two Shores. Cabaret favourite Iota is back in Slap and Tickle while the UK’s Dickie Beau (recent film credits Bohemian Rhapsody and Colette) performs a one-man variety show. In an Australian first, Sweden’s Queen of Swing, Gunhild Carling, will belt through a cavalcade of jazz standards, sometimes playing three trumpets at once while tap dancing!

Irish born Australian musical theatre star Bobby Fox will premiere The Irish Boy, featuring all the classics, Danny Boy, The Foggy Dew, The Fields of Athenry and Ride On. A world premiere, Kaye Tuckerman tells a cautionary tale of the pursuit of the Broadway dream in Broadway Bound (But Not Gagged) in another new venue, The Blue Room at Adelaide Festival Centre.

In a special tribute to Adelaide Cabaret Festival’s founding father, Frank Ford, the first Frank Ford Commissioning Award will see Amelia Ryan and Libby O’Donovan perform Unsung – telling the stories of female singers of the 1960s. The award provides $20,000 a year towards the creation of new works by South Australian artists and will continue to help mentor and nurture emerging cabaret talent for years to come.

Celebrating its 10th Anniversary, the Class of Cabaret program returns to shine a light on the cabaret stars of tomorrow.

Free events include the LGBTI+ Elders Dance Club by All the Queens Men, held on the Queen’s Birthday LGBTI+ elders and their allies are invited to an afternoon social at The Famous Spiegeltent. While the QBE Cabaret Lounge in Festival Theatre foyer will become a chillout zone, home to the Pol Roger Bar and where audiences can enjoy free roving performances. Cabaret favourite Trevor Jones returns to the Quartet Bar and a new talk series over three weekends explores the life of a cabaret artist, politics in cabaret and the process of story-telling.

Adelaide Cabaret Festival 2019 opens on June 7 and runs until June 22.

Full program and tickets on sale 2 April at www.adelaidecabaretfestival.com.au  or BASS 131 246.