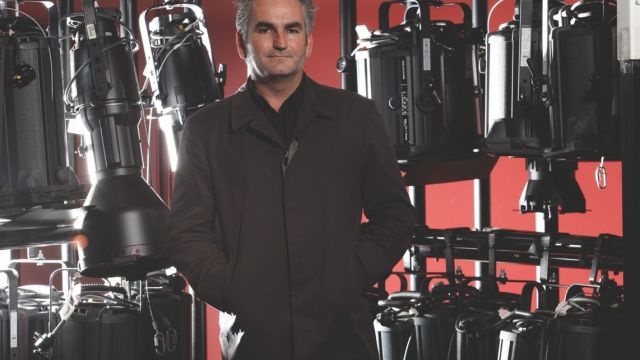 Griffin Theatre Company has announced that writer, director and dramaturg Aidan Fennessy is the winner of the 2010 Griffin Award for his play Brutopia.

The Griffin Award is an annual $10,000 prize offered for an outstanding new Australian play or performance text. Now in its 13th year, the Griffin Award celebrates the bright future of Australian drama. More than 130 entries were received this year from across the country.

The announcement was made in Griffin’s newly renovated SBW Stables Theatre on August 17 by the Award’s sponsors PKF Chartered Accountants & Business Advisers, who have sponsored the prestigious prize for the past five years. Following the announcement, a professional cast of Griffin artists presented a reading of Brutopia, led by Griffin’s Artistic Director Sam Strong.

Aidan Fennessy is an award-winning writer, director and dramaturg and is currently an Associate Director for the Melbourne Theatre Company. Fennessy’s play Brutopia traces the diffuse interactions within a city, of six disparate characters over the course of a single day that lead to a horrific crime.
It drills down into the everyday dislocation of the atomised life of a big city.

Griffin Theatre’s Artistic Director Sam Strong said, “Brutopia is a beautifully crafted portrait of urban alienation. The play was a unanimous winner of the Griffin Award amongst an unusually strong field. The judges admired Aidan’s delicate drawing of complex characters, his formally innovative use of a choral structure, and his deft interweaving of apparently disconnected lives into a powerful finale.”

As the winner of the 2010 Griffin Award, Fennessy is in good company. Previous recipients of the prize include Lachlan Philpott, Brendan Cowell, Deborah Oswald, Noelle Janacsewska and Ian Wilding.

Aidan Fennessy’s plays have been produced by Melbourne Theatre Company, Queensland Theatre Company, Griffin, Playbox, HotHouse Theatre and White Whale Theatre amongst others. His play Chilling and Killing My Annabel Lee, produced by Griffin in 1998, and won the Wal Cherry Award and was short-listed for the Premier’s Literary Awards. His Melbourne International Comedy Festival collaboration, The Trade, won the prestigious 2002 Barry Award. Aidan’s directing credits include Matt Cameron’s Ruby Moon (MTC), Max Gillies and Guy Rundle’s Godzone (MTC), Alan Ayckbourne’s Things We Do For Love (MTC), Ross Mueller’s The Glory (HotHouse), David Mamet’s Oleanna (HotHouse), Robert Reid’s A Mile in Her Shadow (Store Room Theatre Workshop), Ross Mueller’s A Pilot Version of Something To Die For (Store Room Theatre Workshop) and Peter Houghton’s Commercial Farce (Malthouse) amongst others. Aidan was a founding member of Chameleon Theatre, a member of the Artistic Directorate for HotHouse Theatre and Artistic Director of the Store Room Theatre Workshop.