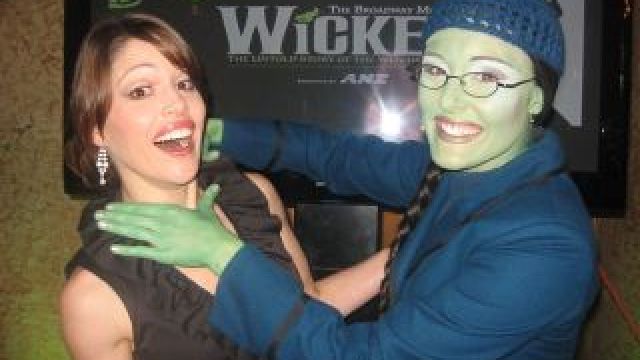 It was announced on February 9, 2010, that Amanda Harrison (pictured here with Jemma Rix at the Sydney launch), who has played the role of Elphaba, the green-skinned Wicked Witch of the West in the musical Wicked since it opened in Melbourne two years ago, is moving on.

Jemma Rix (pictured in green), who has been the Standby Elphaba since the show opened in Melbourne, now shares the role with Pippa Grandison. Jemma Rix, from the NSW Central Coast, played Elphaba in a world first staged adaptation of Wicked in Japan before returning to Australia to join the Australian production. Pippa Grandison has played leading roles in musicals like The Witches of Eastwick, We Will Rock You, Company and STC’s Into the Woods and A Little Night Music.

Check out our in-depth interview with Jemma Rix