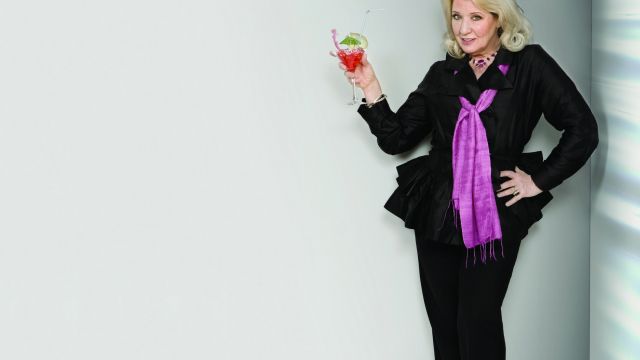 40 years after David Williamson burst onto the Australian theatre stage with The Removalists, the Ensemble Theatre celebrates David Williamson’s landmark 40th year writing plays for Australian audiences in 2011 with two brand new Williamson plays, At Any Cost? (from 7 July) about a family dealing with some of the inherent problems in our current health care system, and Nothing Personal (from Dec 1), a blackly funny story set in a Sydney publishing house, about a bitterly fought power struggle between baby boomer Bea, played by Greta Scacchi and her nemesis, Generation Xer Naomi played by Emma Jackson.

Artistic Director Sandra Bates writes: “We rarely ask for government funding for our productions and we have very little sponsorship, so we program to please only our audience. If Australian plays make it into our season, it means they have competed with the very best from around the world. So it is with great pleasure that we can tell you we have 5 new Australian plays in the season, because of all the hundreds of plays Mark Kilmurry and I read, these 8, including the 5 Australian, were simply the best.”

So to the three new Australian plays, not by David: Casanova (from 1 March) has been adapted by Associate Director Mark Kilmurry whose previous plays at Ensemble have been You Talkin’ To Me – Diary of an Olympic Cabbie (2008) and The Cow Jumped Over the Moon (2009). Based on the highly acclaimed BBC television mini-series by Russell T Davis (Doctor Who) Casanova is a comedy, a period drama and a love story. Mark Kilmurry will also direct and the cast includes Katie Fitchett, Catherine Moore, Catherine McGraffin, Jamie Oxenbould and Michael Ross.

From July 20 Ensemble will present Jamie Oxenbould’s The Spear Carrier. Jamie is well known to Ensemble audiences from Mark’s two plays above and his unforgettable one man show Fully Committed. This is his debut production as a playwright, and he will once again play all the parts. Nathan is a brilliant actor, a star in the making, a perfect Hamlet! So why is he standing at the back of the stage holding a spear while the cast of Hamlet perform the Bard’s greatest play - without a proper part for him? Jamie Oxenbould’s solo show is an hilarious journey in self doubt, wild fantasy and brilliant leaps of faith. He is a spear carrier… with a mission.

And playing from 27 Oct, is the World Premiere of Geoffrey Atherden’s Warning: Explicit Material featuring William Zappa in the lead role as semi-retired artist Barry Smith - a former member of the Sydney Push and the Libertarian movement who was more of a show-off than the enfant terrible of Australian art but whose biggest claim to fame and his proudest moment was having an exhibition raided by the Vice Squad and shut down. Geoffrey Atherden is best known for his television writing, particularly 7 time AFI Award winning Grass Roots and his much loved Mother and Son.

And the three international plays:

British playwright Peter Quilter has written a brand new play set in Sydney, Just the Ticket (from 3 February) which is the tale of one woman´s global journey in search of love, joy - and cocktails! Directed by Sandra Bates, featuring Amanda Muggleton (pictured) who plays Susan – an eccentric, charming, endlessly chatty, accident-prone woman who often looks like she's been dragged through a hedge backwards. This is the fourth Quilter play to premiere at Ensemble, following End of the Rainbow (the Judy Garland story played by Caroline O’Connor), Glorious! and Duets.

My Wonderful Day (from 12 April) is Alan Ayckbourn’s 73rd play which premiered in London and New York in 2009, the same year he turned 70 and the 50th anniversary of his very first play The Square Cat. He describes the play as: “adult dreams and disappointments as seen through a child’s eyes.” The play received a Drama Desk Award Nomination for Outstanding Play in May 2010 and will be directed by Anna Crawford. Cast includes Pamela Jikiemi, Mark Owen-Taylor and Matilda Ridgway.

Finally, the latest hit comedy from New Zealand’s most popular playwright, Roger Hall, Four Flat Whites in Italy. Holidays from hell were never so much fun! With a copy of Lonely Planet in one hand and an Italian phrase book in the other, recently retired librarians Adrian (Michael Ross) and Alison (Sharon Flanagan) feel prepared to face the excitement of la bella Italia. But when their best friends suddenly drop out of the trip, their new neighbours decide to join them. From Viagra to Vespas, from bingeing to budgeting, Michelangelo to la dolce vita, this is one journey they’ll never forget – they may even need a holiday to recover!

Ensemble Theatre’s 2011 Subscription season brochure will be available from Ensemble box office from Sept 1. Request a brochure by phoning (02) 9929 0644 or via www.ensemble.com.au