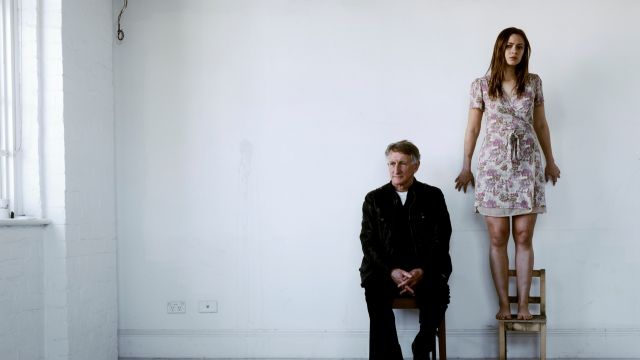 Sydney’s Belvoir welcomed a new Artistic Director, a new logo, fresh talent and a new, stripped back name in 2011 as the company celebrated the launch of its inaugural season under Ralph Myers on September 15.

Belvoir’s incoming Artistic Director said, ‘We’ve had a great time putting this season together – we’ve talked with dozens of directors, playwrights, actors and designers about the work they really want to make. From here, we’ve found 13 projects we’re extremely excited about presenting. They will be created by the most extraordinary line-up of directors, actors and creatives, positioning maestros alongside the best of the new blood.

‘Belvoir has always had, and will continue to have, a commitment to supporting Australian playwrights because we believe that the world on our stage should engage the world as it exists outside our walls. We strive to support and nourish our playwrights in ways that overseas practitioners have long taken for granted.

‘Every generation also rediscovers itself in the classics. This season amongst others we have plays by Shakespeare, Ibsen, Gorky, Chekhov and Lawler. These works, staged here and now by us, become contemporary and become Australian’.

Jack Charles v The Crown by Jack Charles and John Romeril, is an Ilbijerri Theatre Company Production, Indigenous Theatre at Belvoir, supported by The Balnaves Foundation. Uncle Jack Charles is an Australian legend: veteran actor, Koori elder, activist, cat-burglar and, until recently, heroin addict. This is a show about his life – told by him – directed by Rachael Maza Long.

Cut by Duncan Graham (Downstairs), a theatrical riddle which travels the precarious line between fantasy and reality, is the latest theatrical investigation by Graham and director Sarah John, created over a number of years and brought to life by the fearless Anita Hegh.

The Business, based on Vassa Zheleznova by Maxim Gorky, is Jonathan Gavin’s transplantation of Gorky’s wonderful monster into the engine room of modern Australia: the small business.

The Kiss by Anton Chekhov, Kate Chopin, Peter Goldsworthy and Guy De Maupassant (Downstairs). What do Peter Goldsworthy, Anton Chekhov, Kate Chopin and Guy de Maupassant have in common? They’re all masters of the art of the short story, and they all wrote a story called The Kiss. Director Susanna Dowling puts their four stories on stage, word for word.

Neighbourhood Watch by Lally Katz, a new comedy about hope, death and pets, was written for Robyn Nevin. It’s a classic odd-couple story: opposites attract, and from each other they gain a new understanding. But as the domestic crises accumulate, Neighbourhood Watch takes on a sense of enormity in the midst of the ordinary that would make Patrick White proud.

Windmill Baby by David Milroy (Downstairs) is Indigenous Theatre at Belvoir, supported by The Balnaves Foundation. First performed in Perth in 2005 it has since played all over the world, but never in Sydney.

Summer of the Seventeenth Doll by Ray Lawler. After 17 years as Artistic Director at Belvoir, Neil Armfield directs the Australian classic about how, after 17 years, all good things must come to an end.

The Dark Room by Angela Betzien (Downstairs) is a thriller about the startling idea that, no matter how far apart we are in distance and time, we are all responsible for each other’s lives.

As You Like It by William Shakespeare is the tale of a mixed bag of ordinary human beings on a tremendous voyage of discovery. At its heart is a heroically foolhardy attempt to begin society all over again, which offers itself as a perfect end to the first year of the new Belvoir.
Eamon Flack directs.