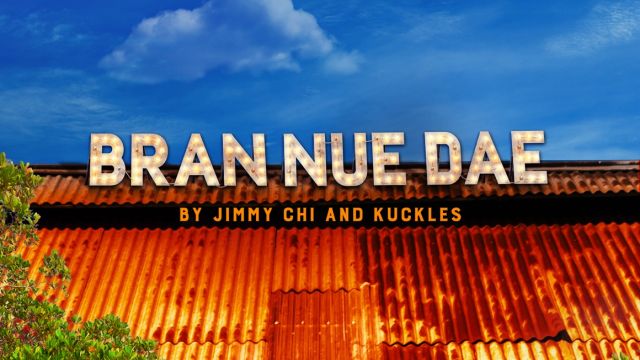 Legendary Australian actor and TV presenter Ernie Dingo will reprise the role of Uncle Tadpole he first performed 30 years ago when the hit musical Bran Nue Dae, written by Jimmy Chi in collaboration with the band Kuckles, embarks on its 30th Anniversary tour in 2020.

Recognised as a National Living Treasure, Dingo has had an accomplished acting career spanning more than four decades. He first performed the role of the wily Uncle Tadpole in the original 1990 tour of Bran Nue Dae and again in the 2009 film adaptation of the musical.

The revival will have a real family flare with up to three generations involved. Original Kuckles member Stephen Pigram will once again tour as part of the band, this time with his daughters Naomi and Ngaire as the Associate Director and the role of Aunty Theresa respectively and their children Taj, Tehya and Bojesse all in the ensemble. Fellow Kuckles member and the show’s Indigenous Advisor Michael Mavromatis will be joined in the band by his son Manny.

Australian singer/songwriter Marcus Corowa will star as Willie, a runaway teenager trying to make his way home to Broome and the girl he left behind. An award winning entertainer, Corowa is no stranger to the stage with credits to his name including Beautiful: The Carol King Musical and Sydney Theatre Company’s production of The Secret River.

Rounding out the principal cast are Andrew Moran as Father Benedictus, Tuuli Narkle as Marijuana Annie and Callan Purcell as Slippery. A range of young Australian talent, many of whom will be making their professional debut, will make up the ensemble.

The fifteen strong cast will commence rehearsals in Broome this December before touring the production across Australia. Opening in Parramatta in January, the show will visit Perth, Melbourne, Brisbane, Canberra and Adelaide throughout 2020.

Recognised as the world’s first Aboriginal stage musical when it premiered to great acclaim, Bran Nue Dae is a coming of age musical that takes audiences on an exuberant ride through 1960s Western Australia.

**Ernie Dingo will perform in Parramatta and Perth, with other dates tbc

Presented by Opera Queensland and QPAC

Adelaide
Her Majesty’s Theatre, from 19 August