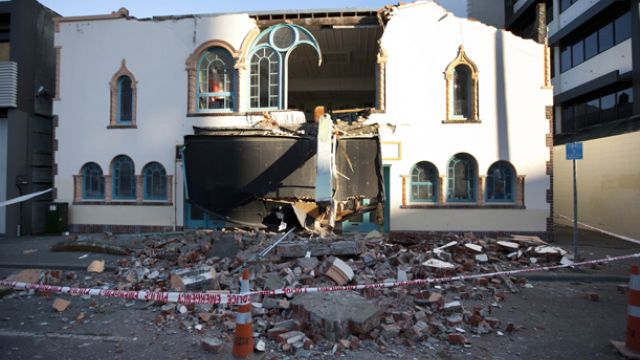 With exception to the top of the façade, they were astounded that there was only minimal damage to the rest of the theatre.

But beneath the rubble the lower façade is intact with not even a broken window. Further into the theatre everything was undisturbed; the auditorium, stage area, fly tower and dressing rooms intact. The historic proscenium undamaged.

Over the coming days, contactors will take steps to secure the theatre, carefully remove the rubble, saving any historical mouldings that might be preserved, and saving as much of the remaining façade as possible.

At this point the Society will be able to continue rehearsing its current show Noises Off later next week, however will need to find an alternative location to stage the production as it is believed the front entrance will still be unusable.

It is expected that the Society's planned Heritage Restoration will commence a little earlier than scheduled.