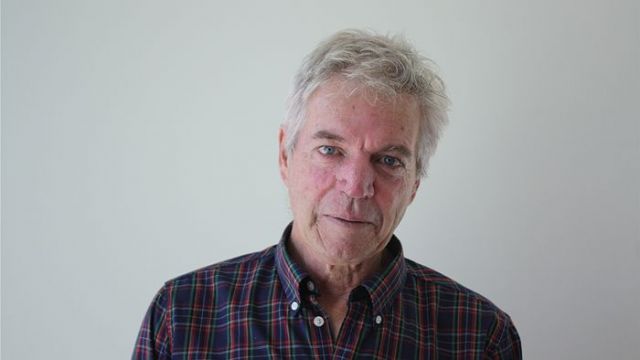 Australia’s “National Treasure”, actor Colin Friels, is a paradox. He isn’t actually Australian (he’s a Scot, born in Kilbirnie, Ayrshire), he doesn’t think he’s much of an actor and, as for National Treasure he’d be more inclined to nominate his wife, the amazing Judy Davis, for the title, and who could blame him. Nevertheless, there’s something about Colin that resonates with us; an “everyman” persona that we connect with, and that makes him one of our best loved actors, even though he is now in his sixties. He’s a battler, as witnessed by his refusal to give up when diagnosed with pancreatic cancer some 22 years ago. It normally takes people quite quickly, but Colin simply refused to go. You get the sense that there’s still a stubborn Scot in him, even though he has been here since he was 10 years old, when his parents emigrated looking for a better life…life on the outskirts of Glasgow is not on anybody’s bucket list. It might be hard to imagine the charismatic Friels as a ten year old carrying his fishing rod on the plane from England, or as a labourer after he finished at Broadmeadows tech, but NIDA, as well as his wife, helped shape the actor he is today. Although we remember him from television (Water Rats) and the movies (Malcolm is still my favourite Australian film) Colin has always returned to the stage throughout his career, and it’s where he belongs. The problem for any aging actor is twofold; finding good roles written specifically for older actors, and learning a long stretch of dialogue when the play is a one-man performance.

Scaramouche Jones should then be a daunting prospect for Friels, as he is alone on the stage for the entire play. But such a piece of theatre by acclaimed playwright Justin Butcher has already won hearts around the world, particularly in its first production, when the late, great Pete Postlethwaite played the aging clown who no longer has a purpose. And it seems a play honed exquisitely for Friels’ talent. Set on the eve of the Millenium, the Twentieth Century is explored through the clown’s eyes and career; his hopes and dreams, disappointments and triumphs. Ultimately all he has left are his memories, and isn’t that true for all of us at the end of our careers or lives? Remarkably this may be the least glamorous role Friels has ever played. He is stripped back to a character who has only the truth left to play with. It is tailor made for Friels, who has been entertaining us for more than 40 years now. It seems astonishing that this is his first solo performance in that long career, but after critical acclaim in Melbourne, Friels brings the play to HOTA on the Gold Coast for a short season from Oct 30th to November 3rd, 2019. I for one can’t wait to see it.