ELECTION MESSAGES FOR THE PERFORMING ARTS 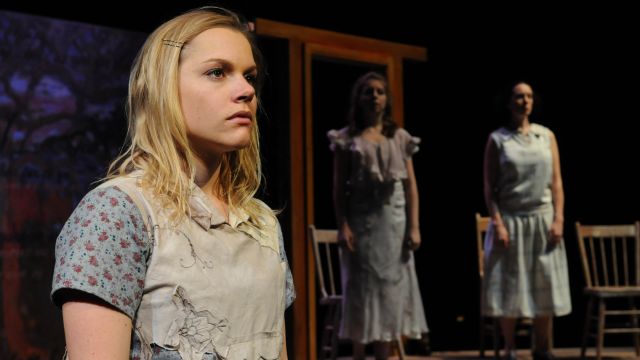 AMPAG, LPA and APACA acknowledge that it is not the role of Government to ensure the sustainability of the sector. However with comparatively small additional funds, inefficiencies in the current system of support could be addressed, improving outcomes for communities throughout Australia.

Some of the key recomendations include:

- Increase the existing Playing Australia fund by $2m per year
- Create a fund of $10Mpa for a minimum of three years to assist the touring of new Australian work. This would be open to major festivals, companies and commercial producers.

1. Increased support for the development and presentation of new Australian work

The importance of developing new Australian work should not be underestimated. New Australian works define national identity, provide the opportunity for innovation & creativity and enhance the reputation of Australia internationally. New works of today are the classics of the next generation. Even more importantly, they create employment for many artists, technicians, craftsmen and other workers. However as with any new innovative “product”, new Australian work needs to progress through multiple stages of development to reach a premiere season. As with other industries, the benefit of venture capital and seed funds are crucial to the creation of new work, and become even more necessary the larger and more complex the piece . Although Government funding does exist for these various phases of development, it is limited in scope and often requires reapplication at each stage. There is no grand vision.

Recommendation 1: Establish a fund of $5Mpa (with an upper individual investment of $250K) which allows robust investment in the development and initial presentation of exclusively new Australian work across all genres. This would be open to both the not for profit and commercial sectors.

Regional
Once a work is created, touring ensures that it has greater longevity and provides the best possible return on the initial investment made by the government, private sector and other partners. Although it is not always the case, regional touring is often facilitated by the Playing Australia fund. The present fund of $6.3 million pa has been oversubscribed for many years resulting in many companies disengaging with the process, especially those with works of scale or more challenging works.. Increasing the value of the fund would provide significant benefits in regard to increasing the breadth, diversity and quality of works seen by audiences in regional and remote Australia, and assist in meeting the significant unmet audience demand.

An export fund of this nature would allow Australia to better respond to international opportunities, undertake more significant cultural diplomacy and further position itself as a creative and exciting partner for innovative investment projects.

Recommendation 3:
Create a fund of $10Mpa for a minimum of three years to assist the touring of new Australian work. This would be open to major festivals, companies and commercial producers.

The investment made by the Federal government in performing arts product is inhibited from being its most effective by the absence of a strong foundation of skilled people and fully resourced performance spaces.

Whilst extensive infrastructure exists throughout the country it is failing to realize its full potential due to key skills gaps (e.g. venue technicians, venue based producers, audience development). The provision of targeted training programs to address these gaps will greatly maximise the investment made in both touring and infrastructure.

As with other industries, in order to address these gaps a coordinated approach is required to implement training for what were previously considered “on the job skills” such as technical production, management and entrepreneurial producing.