Festivals for Sydney and Adelaide. 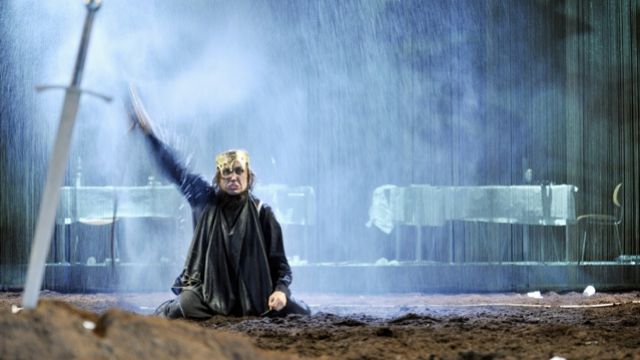 Hamlet headlines the theatre program of January’s Sydney Festival 2010, but not just any Hamlet. Schaubüne Berlin’s production, in German, sees all the characters portrayed by just six actors. UK’s Headlong Theatre’s acclaimed West End re-imagining of Luigi Pirandello’s Six Characters in Search of an Author and New Zealand’s Red Leap Theatre, with The Arrival, are other major international attractions. Major local theatre attractions include the Sydney Theatre Company presenting Melbourne’s Malthouse Theatre’s production Optimism, based on Voltaire’s Candide, a Darling Harbour season of Circus Oz in Barely Contained under the Big Top, and a trip to a backyard in the Parramatt area for Urban Theatre Projects’ The Fence. Several short productions by local and international theatre companies from the UK and Ireland will feature in About an Hour at the Seymour Centra and Parramatta Riverside Theatres. Opera Australia returns with Opera in the Domain with Leonard Bernstein’s Candide on January 30 – a great theatrical finale to the festival.

Adelaide’s biennial Festival of the Arts, now in its 50th year, will run from February 26 to March 14. Local theatrical attractions include Australian Indigenous piece Ngurrumilmarrmeriyu (Wrong Skin), The Eleventh Hour’s award winning production of Shakespeare’s The Life and Death of King John, the Black Swan / Company B production of The Sapphires, Australian company Slingsby’s Man Covets Bird, Vs Macbeth, the radical Border Project / STC version of Macbeth and Back to Back’s Food Court. Circus Oz follows its Sydney Festival season of Barely Contained with an Adelaide Festival season. Internationally, from the USA, Elevator Repair Service present their New York success The Sound and the Fury, drawing on the William Faulkner novel, while Ireland’s Druid Theatre brings the dark new Irish drama The Walworth Farce, which will tour subsequently. If that isn’t enough, the Adelaide Festival is overlapped by the Adelaide Fringe Festival, which runs from February 19 to March 14, and features hundreds of music, theatre and dance productions. Throw in the WOMADeladie World Music Festival from March 5 to 8, and Adelaide surely becomes the city of festivals.