Geoffrey Rush to Frock Up for Simon Phillips’ MTC Farewell 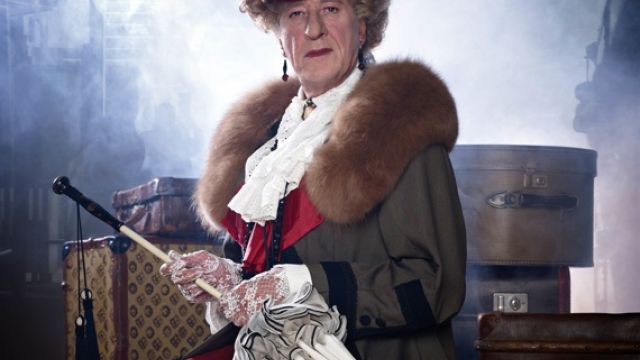 Highlights of the season include the sequel to David Williamson’s Don’s Party, Don Parties On, The Australian premiere of the Tony and Pulitzer Prize-winning Broadway musical hit, Next to Normal, Ewen Leslie following his Helpmann Award Winning performance as Richard III with Hamlet, and Geoffrey Rush frocking up for Lady Bracknell in The Importance of Being Ernest.

In his final season, Simon Phillips bows out directing two classics, a new production of Hamlet, and a revival of his acclaimed 1988 production of The Importance of Being Earnest.

‘For my valedictory season, I wanted to go out directing two classic plays close to my heart: Hamlet – because it’s Hamlet (what other reason is there?), and a revival of my 1988 production of The Importance of Being Earnest – because, the high acclaim it received aside, it was a wonderful experience that wedded me emotionally to MTC, and if I can recreate a mere scintilla of that magic, I will leave the Company smiling,’ Phillips said

Commenting on the season, Simon Phillips said: ‘For each of the past eleven seasons, I have followed – undoubtedly in my idiosyncratic fashion – the Company’s Mission Statement handed down from Artistic Director to Artistic Director for fifty-seven years:
“To produce classic and contemporary Australian and international theatre with style, passion and world class artistic excellence.” Thus in 2011, I offer fresh voices from Australia (Robert Reid and Lally Katz) and overseas (Alexi Kaye Campbell and Bruce Norris), a searing Pulitzer Prize- winning musical (Next to Normal), new plays by MTC favourites (David Williamson and Joanna Murray-Smith), and a first play from a favourite Australian novelist (Tim Winton). And, of course, what would a season be without a little bit of sex and violence – though none of it mindless – and with Sarah Ruhl providing the sex and Martin McDonagh the violence you should expect some unexpectedly comic approaches.”

As an add-on, the Sydney Theatre Company’s satirical Wharf Revue - Not Quite Out of the Woods, with the team of Jonathan Biggins, Drew Forsythe and Phillip Scott, makes its Melbourne debut in January 2011.

The Australian premiere of the Broadway smash hit, Next to Normal (Music by Tom Kitt and Book and Lyrics by Brian Yorkey), the Tony and Pulitzer Prize-winning musical which examines mental illness and the effects it has on family. Bringing out the high-energy drive you would expect from an off-Broadway musical. Director Dean Bryant will team up with Musical Director Mathew Frank and actors Kate Kendall, Matt Hetherington and Bert LaBonté.

The Australian premiere of Martin McDonagh’s A Behanding in Spokane is a wonderful off-beat tale with a menacing comic edge; cast includes Bert LaBonté and tyler Coppin. Directed by Peter Evans.

The Australian premiere of Alexi Kaye Campbell’s Apologia is a finely calibrated comedy-drama. A family reunion play with the conventions vigorously shaken, featuring the one and only Robyn nevin and directed by the meticulous Jennifer Flowers.

The world premiere of Melbourne’s favourite playwright Joanna Murray-Smith’s The Gift is a brand-new, razor-sharp comedy with a morally complex heart, about the most precious gift you could ever give or receive, featuring MTC stalwart Richard Piper.

A new production of William Shakespeare’s classic Hamlet, the towering revenge tragedy with a fresh, contemporary interpretation from the creative team behind Richard III. MTC Artistic Director Simon Phillips will once again direct Ewen Leslie but this time he will play the eponymous hero alongside, Pamela Rabe and Garry McdDonald.

The Australian premiere of Bruce Norris’s Clybourne Park is about the various takes on the conundrum of race. In the same vein as August: Osage County, this is an acutely-observed American social comedy which begins in the 1950s and finishes in 2009 that asks: times may have changed but have our attitudes? Peter Evans directs an ensemble cast including Alison Whyte, Greg Stone and Zahra Newman.

From the imaginative mind of Lally Katz comes the world premiere of her latest work Return to Earth, perfect for Katz’s MTC mainstage debut. Katz delivers a fantastical play steeped in autobiographical detail in a sad, lightly-twisted comedy about a young lady who returns home only to discover a foreign country. Directed by Aidan Fennessy and featuring Julie Forsyth, Eloise Mignon and Kim Gyngell.

A revival of the much acclaimed 1988 production of Oscar Wilde’s The Importance of Being Earnest, will be directed by Simon Phillips in his last MTC production as Artistic Director. The younger members of the original cast now step up a generation – Jane Menelaus, Bob Hornery and the one and only Geoffrey Rush (playing Lady Bracknell!), will star alongside our next generation of amazingly talented actors Christie Whelan and Toby Schmitz, all of whom will frolic on the unforgettable Aubrey Beardsley book set design, by the late Tony Tripp.