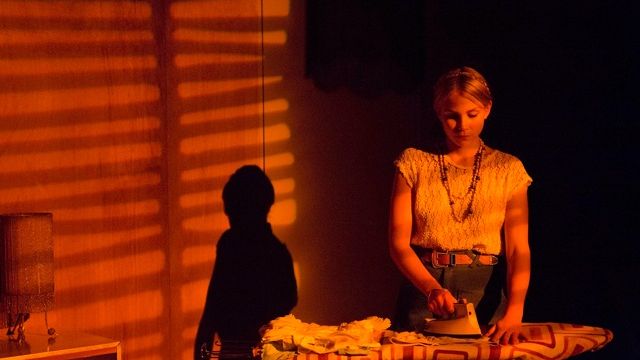 Glen Street Theatre in Belrose, NSW, has announced the line up of drama, music, satire and comedy headed for the Glen Street stage in 2014.

The 2014 Season will start a little later than usual due to theatre renovations. Mayor of Warringah, Michael Regan said, “2014 is going to be a memorable year in Glen Street history – when we see the opening of our refurbished foyer, the beginning of work on our new Cultural Hub and a wonderful season of productions from stages all over Australia.”

“The Glen Street team is continually looking at ways to provide our patrons with a memorable experience, so be ready for a few surprises when you visit our venue in 2014.” he added.

Touring from the UK Admission: One Shilling is the story of the lunchtime concerts staged by legendary British pianist Myra Hess in the National Gallery in London throughout the Second World War. The show features Olivier Award winning actress Patricia Routledge (Hyacinth Bucket in Keeping Up Appearances) and performances pianist Piers Lane. GO YOUR OWN WAY - THE STORY OF CHRISTINE MCVIE

Spanning a career of four decades, the tumultuous life of the enigmatic Fleetwood Mac member is told in 80 music-packed minutes by Catherine Alcorn (The Divine Miss Bette).

On a stretch of Australian highway, sisters Elma and Nancy run a takeaway joint – their days heavy with Chiko Rolls and memories. While they wrangle with each other about how to map out their future, a young traveller arrives bringing with him a charm and sensuality that turns their world around. In this play about family, intimacy and food audience members become restaurant guests.

The Removalists is a searing portrayal of suburban Australia in the 1970s. Set in a police station and the nearby apartment of a young dysfunctional couple, an evening of disturbing gender politics, assault, adultery and furniture moving ensues in the black comedy that put Australia's most famous playwright on the map. By Elise Greig with contributions from Nick Backstrom

Hopelessly Devoted is a two hander musical. Brother and sister, Amy and Andy are stuck caring for their chronically ill mother. To escape reality, Amy creates a fantasy world in their lounge room ...

Based on a haiku by Japanese poet Miura Yuzuru, Toward the Crimson Sky has been written by TaikOz Artistic Director Ian Cleworth, evoking the poem’s imagery of a cloud of dragonflies ascending into a deep red sky.

OUR GLAD: MEMORIES OF GLADYS MONCRIEFF

A tribute to Gladys Moncrieff, star of Australia’s golden age of operetta and musical comedy.

Peter Byrne combines his salute to the music of Neil Diamond with his Legends of Ireland concert.

Singer/songwriter and Australian diplomat Fred Smith has worked for two years in the province of Uruzgan, Afghanistan, where Australian troops have been based during a protracted period of conflict and civil unrest. Smith gives expression to these issues in his songs such as Sapper’s Lullaby, Taliban Fighting Man, Live Like an Afghan, Christmas in Kandahar, Woman in a War and Dust of Uruzgan.

Classics such as Mack the Knife made famous by Bobby Darin and Frank Sinatra, through to Jump by Van Halen.

A SONG TO SING O

After a sell-out performance at Glen Street in 2012, this feast of Gilbert and Sullivan gems is back by popular demand.

JUDY: A LIFE IN SONG

Set against film footage of Judy Garland, this intimate show tells of her triumphs and tragedies as a little girl at MGM to her television shows and concerts, recreating many of Judy's famous numbers.

Ben Jones and Helen Fenton feature many of the finest Christmas songs written by the tunesmiths of Tin Pan Alley during the first half of the 20th Century. Based on the award winning picture book by Julia Donaldson and Axel Scheffler, The Gruffalo is about the adventures of a clever little mouse in a forest full of predators.

Four performers play shearers, dogs and sheep, exploring the challenges and rewards of being an individual.