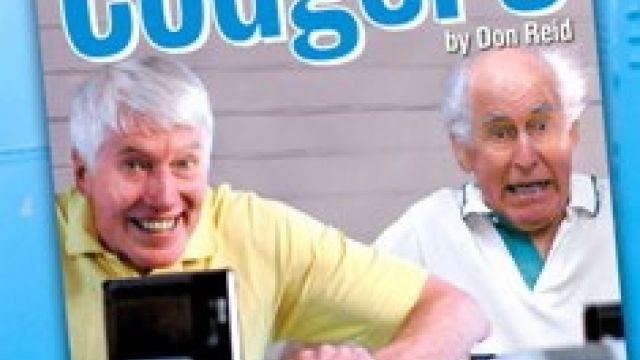 Each year taxpayers pay millions to tour shows to regional Australia. A special investigation by Stage Whispers reporter David Spicer reveals that productions with limited audience appeal are getting funding while potential hits are snubbed.

Fiona Press was left absolutely speechless. She was the producer of a new Australian play called Codgers, which received overwhelming support for a tour this year. Forty venues across Australia offered to buy the show into their theatres.
Then came the shock news that the Touring Australia program would not provide one cent to subsidise the touring costs.
“We are completely baffled. As far as we understand, it ticked every box,” she said.
Codgers was Australian written. It addressed issues of social justice, aging and racism. It was also funny and popular. When it opened at Sydney’s Parramatta Riverside Theatre in 2007 during Senior’s Week it sold out before opening. A further try-out tour in 2008 saw half the season sold out.
“People were arriving in their zimmer frames demanding to be let in,” she joked.
No explanation for funding snub was forthcoming

Only when Stage Whispers started asking questions did we get a response from the Federal Government.
“The Committee determined that although the application did meet the selection criteria, in competition with the other applications and in the context of the funds available, it was not recommended for funding,” said Eleanor Dean the Director of Public Affairs at the Ministry of Arts.
She said the Playing Australia Committee - made up of industry experts - uses the following criteria in assessing applications:
1.The extent of the tour
2.The quality of the production
3.The logistics of the tour.
Missing as a major criteria is the audience appeal of the plays, dance, children’s theatre and music chosen to tour the regions.
It shows. Many sell fewer tickets than good suburban or regional amateur theatres.

According to the annual report of Arts on Tour in NSW, almost all lose money for the venues. Of the seventeen productions funded in 2007 and 2008, only one made a significant profit … Six Dance Lessons in Six Weeks. The poorer sellers included Short and Sweeter. The tour of winners of short plays from past competitions failed to attract much audience interest in 2007.
‘Favourites’ of the Arts Bureaucracy appear to get funding more often.
The Griffin Theatre is a small venue on the edge of Sydney’s Kings Cross. It got funding to tour Strangers in Between by Tommy Murphy. Arts on Tour described it as ‘cutting edge’. In the bush only an average of 150 people turned up to each performance.

Veteran theatre manager and producer Patrick Corrigan says the whole system needs to be overhauled.
“You’d look at those numbers and shake your head. It needs to be more market driven. It appears that you get funding for moving in the right circles,” he said.

Penny Miles, the General Manager of Arts on Tour in NSW, admits that popularity can be a hindrance to a funding application. She says that when Six Dance Lessons in Six Weeks applied for funding “the question raised was if the venues are forecasting a profit” why does it need a Government subsidy? The play, starring Nancye Hayes and Todd McKenney, was a huge hit, selling 66,000 tickets.
The figures from 2009 are still being compiled. A popular play with stars, Steel Magnolias, did well, selling more than 30,000 tickets. Stage Whispers understands that a play pushed by the Arts Bureaucracy, about the Russian submarine The Kursk, appears to have sunk at the box office.

Penny Miles says the money has to be shared around a variety of art forms.
“The program is about touring productions to regional Australia which they don’t normally see. The profit driven notion is not an objective. It is about expanding audiences,” she said. “For instance dance always loses money. If it was all about profit then we would never tour dance.”
The most heavily subsidised production in recent years was Clan by the Bangarra Dance Theatre. Each seat had a subsidy of more than eighty dollars plus all the money that went in to develop the dance in the first place. It sold 4000 tickets at 15 performances.
Penny Miles says there are other benefits from such a tour apart from ticket sales. These include free performances for indigenous communities.

Patrick Corrigan says theatre-goers in the regions are getting short changed.
“They are being offered quite small shows, that are probably not terribly viable in their environment. There is a constant stream of two or three handed plays. It is a pretty bleak outlook,” he said. “The whole system needs to be rigorously examined. It is better to back four big shows annually instead of 20 or 30 smaller things.”
“They should aim to recover costs so that money can be turned back to the Government so that more can happen,” he said.

Missing out on Government funding doesn’t mean a tour won’t happen.
The producers of Codgers are setting off on a smaller self-funded tour, to eleven venues from March to June this year.
It’s a much shorter tour that they would have liked, but now they are relying entirely on the box office.
“Codgers is about five senior Aussies, some of them mates since the war, meeting at the gym to to sweat it out, chew the fat, laugh, tease and sing,” said Producer Fiona Press. “Along the way they learn that difference is more a matter of opinion, that you wouldn’t be dead for quids and no matter what, you’ve got to laugh.”
Codgers can be seen at: Queanbeyan, Bathurst, Penrith, Adelaide, Sydney, Launceston, Canberra, Shepparton, Albury, Moonee Ponds and the Whitehorse Centre, Nunawading.

Have your say about regional theatre funding. Write to Stage Whispers or leave a comment at www.stagewhispers.com.au