None so Blind at Sydney Fringe 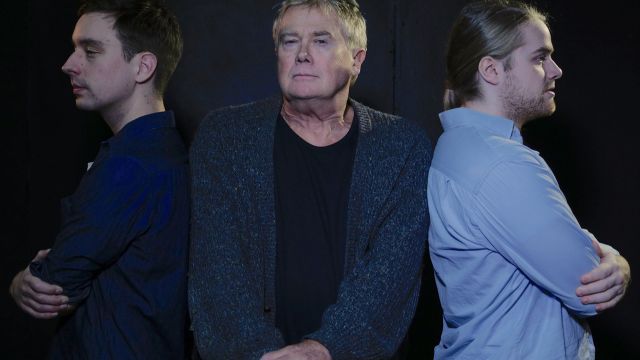 Arts writer Martin Portus talks to Stage Whispers about mixing the roles of critic and actor, and his new role playing an old blind man with a taste for teenage boys ….

None so Blind plays in the last week of the Sydney Fringe, 24-28th September 2019

Stage Whispers: It’s a provocative part you’re playing. Tell us about None So Blind.
Martin Portus: It sure is. It’s all very confronting but also thoughtful, a drama which plays with our sympathies for both the victims and the sexual abuser. Mr Shepherd is a former teacher from a Catholic boys school, a gay man blinded 20 years earlier, but with an unfortunate inclination to get into the pants of cash-hungry teenagers.  A privileged young gay man, Jude, befriends old Mr Shepherd, and we meet Jude’s male partner, who’s more working class in background, a chef, who carries a dark painful secret.
SW:  What drew you to the play?

MP: Well it’s provocation, and its topicality as the Cardinal Pell case ever unfolds, and having lived through three decades of obsessive demonising coverage of paedophiles. The play nudges the boundaries of what’s normal and what’s taboo in sexual desires, and compares how growing up gay has changed so much across generations.   Interestingly, the play’s set in the late 1990’s when sex with a sixteen-year-old was legal, but only heterosexually: the age of consent was higher then for gay sex.

SW: Did you have doubts about playing a paedophile

MP: Yes, and he’s also a very manipulative, needy character, so it’s not a great look!  But I liked the idea of playing somebody who had to win audience sympathy, who alternates between self-doubt and arrogance, and who’s mischievous.  So yeah, Garreth Cruikshank  has written quite a complex character, one obviously battered by a lifetime of sexual oppression, but a survivor.  And as the young gay couple, Russell Cronin and Thomas Burt introduce other contrasting, contemporary perspectives on gay male desire and moral compromise.  There’s a lot in it, and blood too! Amazing it only lasts an hour! 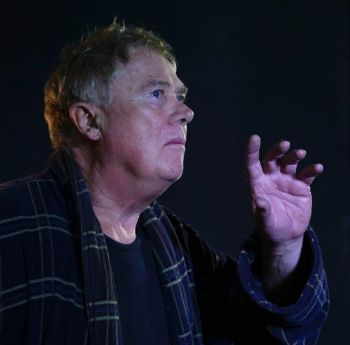 SW: You started out as an actor didn’t you?

MP: Sure, I went straight to NIDA as a teenager in the 1970s and was a young actor in Sydney and Adelaide, lots of theatre, a few soaps.  But in London I switched to journalism, mainly in the arts, came back, worked for Fairfax and then as an arts broadcaster on ABC Radio National, and later crossed over to the dark side and managed communications for some big organisations.  My so-called “return to the stage” was about eight years ago, when I played a Sydney bohemian writer in a solo show, The Les Robinson Story, which we staged in three theatres.

SW: But you’ve long been a theatre critic, as you are now with Stage Whispers.  What do you learn about acting from being a critic?

MP: How hard good acting is!  You see so many shows where actors have no reason to open their mouths – and with solo shows you have to be ruthless here: why and to whom are you speaking?  It’s an ever-present challenge to be completely true as an actor, well-projected and compelling, yes, but deeply and quietly living in the skin of the character, and the moment.  Writers too so often forget that they need to give actors a reason – with every line - to open our mouths.  Theatre which goes on without you is so hard to sit through. So that direct urgent truth is a tough benchmark, and obviously I fear I rarely reach it or maintain it as an actor. I’m always nagging poor directors (like Susan Jordan directing this one)…. is this still real?

SW: And what do you learn from acting about being a critic?

MP: Ohh, to be more forgiving, for sure, and more compassionate and patient with theatre-makers whose ambitions can’t always make it.  A strong critical edge is essential to a critic, but its sometimes too easy to let it rip.  And there’s different yardsticks for different levels or sizes of production.  Of course, you’ve got to say that when you’re in a Sydney Fringe show!